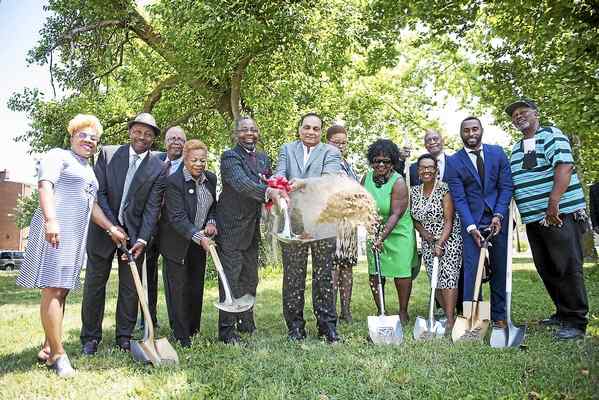 After nearly a decade of discussion and planning, Candlewood Suites Hotel in Chester finally had its official groundbreaking last week, writes Rick Kauffman for the Daily Times.

Located close to downtown, the 89-suite hotel offers extended stays for business travelers who are on short- or long-term assignments.

“This has been a long-term project,” said Nakaishi, “and we’re thankful that we’re able to make this happen and bring some new revitalization to the city of Chester.”

Kirkland is hoping that the new hotel will not only attract visitors to Harrah’s Casino, but also people looking to savor Chester’s rich history.

“Right across the street is Ethel Waters Park,” he said. “A little further down is the marker where William Penn landed. We have the oldest courthouse in the county.”

Read more about the groundbreaking ceremony in the Daily Times by clicking here.