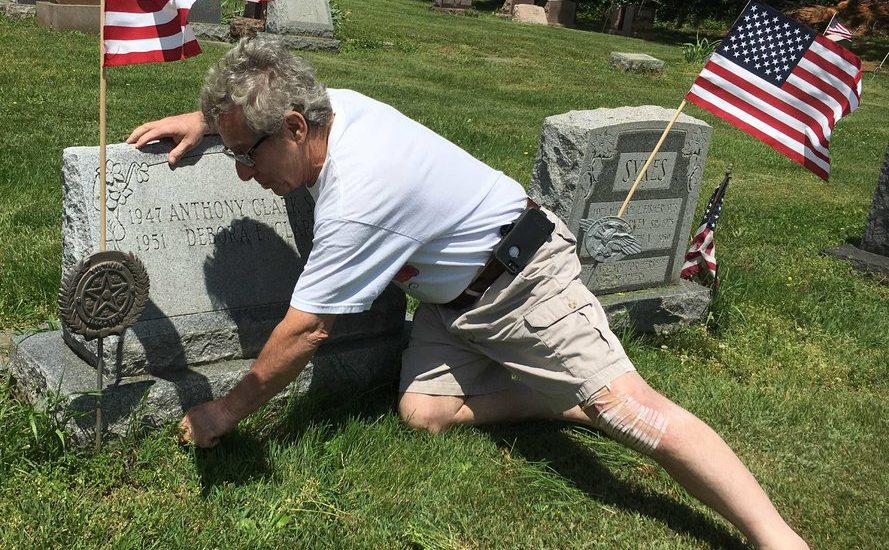 Chester County resident Tony Clark is digging into history to find and recognize with a flag all veterans buried at Mount Hope Cemetery in Aston. Image via Stu Bykofsky, Philadelphia Daily News.

His is a silent vow to never forget the sacrifice of America’s military veterans, and with each flag he posts at a veteran’s cemetery gravestone, his patriotic statement grows louder and louder.

He first spent $20,000 personally to buy replacement flags wherever he found them needed, and now, Clark is honoring the memory of his wife, fellow Navy veteran Debora, by recognizing her and all veterans buried at Mount Hope Cemetery in Aston.

“The vets were being disrespected,” Clark said of the condition of the cemetery when he found it.

With the help of Kimberly Flint and Harry Habbersett, Clark is undertaking a research-and-recognition task that is “pretty much impossible when you consider that the first two plots are older than the country. Many headstones are gone.”

And the effort only scratches the surface of what could be done nationwide.