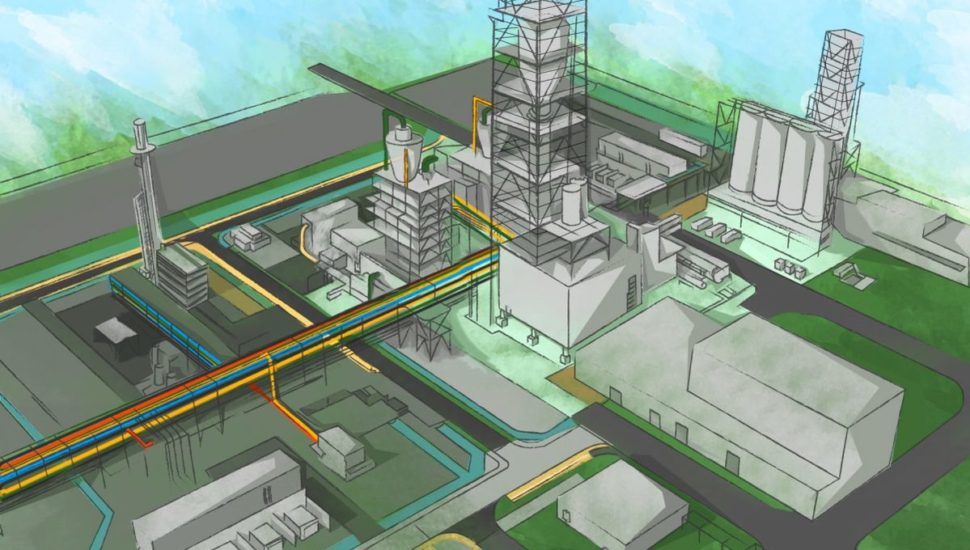 Braskem has picked a site in Texas over Marcus Hook for a new $675 million plastics plant, rendered above, but hope remains for a new local plant in the future. Image via Braskem.

Infrastructure advantages near Houston are diverting a $675 million investment in a new Braskem thermoplastics plant to Texas instead of Marcus Hook — at least this time around.

“Because we’re making an investment in Texas should in no way signal that we won’t make an investment here in the future,” said Braskem America CEO Mark G. Nikolich in a Philadelphia Inquirer report by Andrew Maykuth.

Since buying its Texas and Marcus Hook facilities from Sunoco Chemical in 2010, Braskem has spent $50 million on expanding the Delaware County plant’s capacity by 20 percent, as well as its rail access. With more supply pipeline development, Marcus Hook could also see a future polypropylene plant.

“We can use this project in Texas as a blueprint for one we’d do in Marcus Hook,” Nikolich said.

Meanwhile, Braskem has also invested in its Philadelphia headquarters, which employed the engineers who designed the new Texas plant.

“We love the city,” Nikolich said. “We just recently expanded our footprint in Center City by over 75 percent. In doing that, we created space for growth aspirations for North America based out of the headquarters.”

Read more about the local potential for Braskem-related development in the Philadelphia Inquirer here.