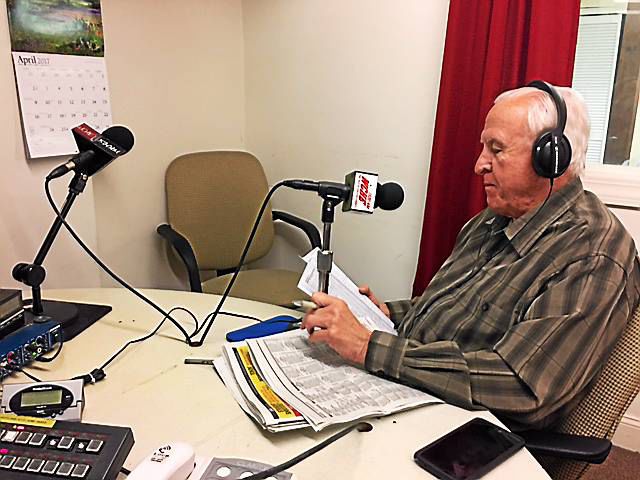 Sharon Hill native Bill Werndl has had the inside scoop on the NFL Draft from well before the dawn of its popularity. Image via Digital First Media.

He pored over and analyzed college football’s top NFL prospects even before some professional coaches did.

In the early 1980s, Bill Werndl, one of the original draft gurus, began compiling a magazine-sized pamphlet, Ourlads’ Guide to the NFL Draft, for his 44 subscribers.

Today, the NFL Draft has gone “from Bill Werndl hawking 44 books in 1982 to a setup on the Benjamin Franklin Parkway in 2017 large enough to accommodate 200,000,” according to a Delaware County News Network report by Jack McCaffery.

The longtime sports and television host raised in Sharon Hill will be recognized for his passion through a June 25 induction into the Delaware County Chapter of the Pennsylvania Sports Hall of Fame.

“When they told me, I had a tear in my eye,” Werndl said. “I just thought back to Sharon Hill, and my mom and dad (Bill and Mary). It is probably the capper of my career. I have been a lucky, lucky guy.”

The NFL Draft had always captivated Werndl, who at one point relayed draft picks for the Philadelphia Eagles, and a global phenomenon has followed his lead.

“I just think college football has become almost must-see television,” he said. “It’s on Tuesday, Wednesday, Thursday, Friday, Saturday. It’s amazing how many people follow it, and they follow it religiously. It’s incredible. It’s taken on a life of its own.”