Serial Killer Returns from His Grave in Yeadon 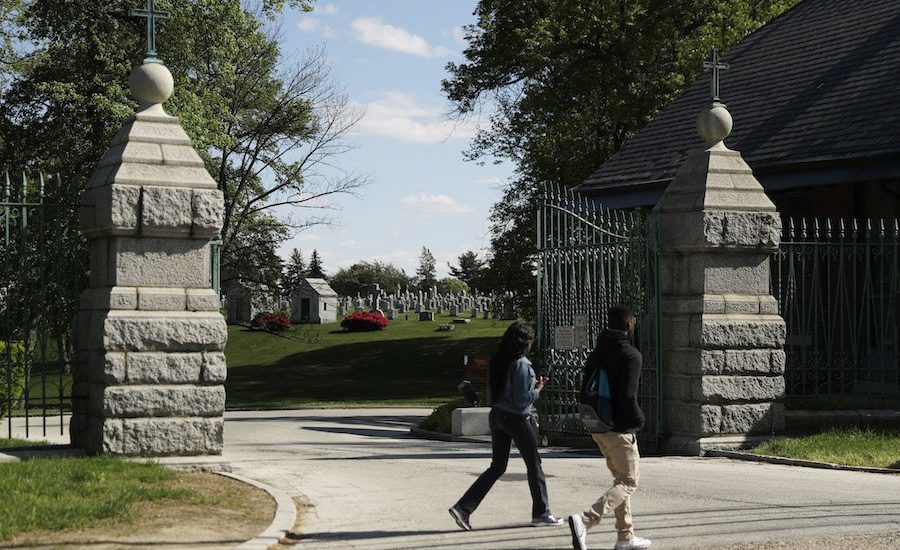 Great-grandchildren are dying to know if the body buried in Yeadon's Holy Cross Cemetery, pictured above, is their ancestral serial killer, so the remains are being exhumed. Image via the Associated Press.

After more than a century, a serial killer is coming back from the grave — to try to put to rest persistent rumors about whether or not it was actually him who was hanged in 1896 at Moyamensing Prison in Philadelphia.

The remains of Dr. H.H. Holmes are being exhumed from Holy Cross Cemetery in Yeadon at the request of great-grandchildren who are dying to know the truth, according to an Associated Press report by Kristen De Groot.

The recovery was approved by Delaware County Judge Chad Kenney, and DNA samples will be tested against Holmes’s descendants’ DNA by the Anthropology Department at the University of Pennsylvania.

The serial killer was convicted of murdering a Philly business partner, as well as accused of killing multiple people at an 1893 Chicago World’s Fair hotel filled with “a bizarre labyrinth of windowless rooms, secret passageways, false floors, trapdoors, and a vault,” the article explained.

His story was retold by Erik Larson in a 2003 book, The Devil in the White City.

“I have absolute confidence the body in that grave is Holmes,” Larson said.

Read more of the quest to identify the remains buried in a serial killer’s grave from the Associated Press here.