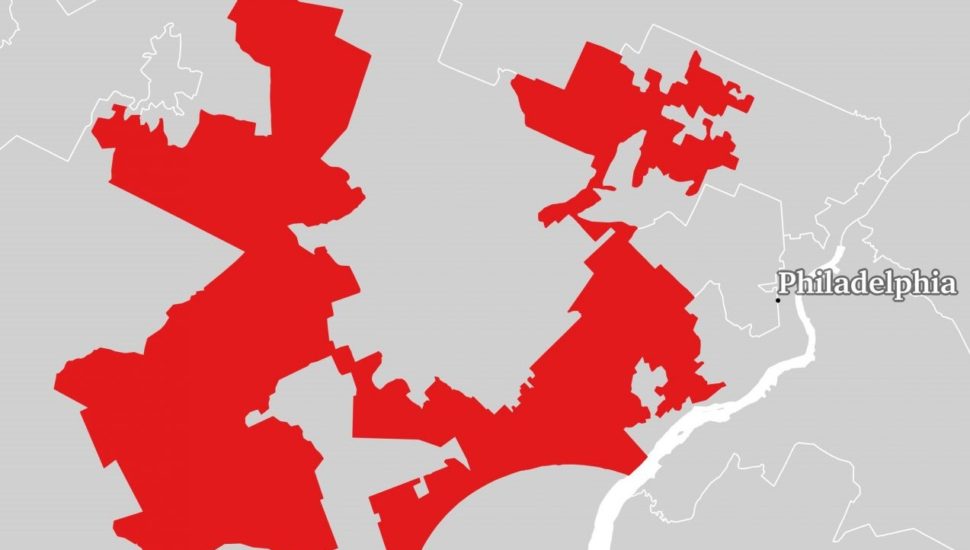 The Philadelphia Business Journal’s editor-in-chief believes gerrymandering is bad for business because it opens the door for extremism. Pennsylvania's gerrymandered 7th Congressional District.

When political districts look more like ink spills than common groupings of people and communities, their politicians have a greater chance of acting less like the people they represent.

That’s the problem with gerrymandering, and that’s bad for business, according to a Philadelphia Business Journal opinion by Editor-in-Chief Craig Ey.

“Imagine if the Philadelphia City Council’s over-regulation of business became possible statewide because of gerrymandering. We would be in serious trouble as a state,” he wrote. “As businesspeople, we should open our ears and eyes to this issue and demand reform. It is likely one of the most important we face.”

Ey pointed to the 7th Congressional District as a prime example.

“It’s a bizarro U-shape. One commentator said it looks like Bullwinkle shaking hands with Donald Duck. Wherever your imagination takes you, you probably agree that our political maps shouldn’t look like a Rorschach inkblot test,” he wrote. “The gerrymandering games across the country have opened the door for extremism and political intractability — on the right and the left.”

Read more of Ey’s thoughts on why gerrymandering is bad for business in the Philadelphia Business Journal here.