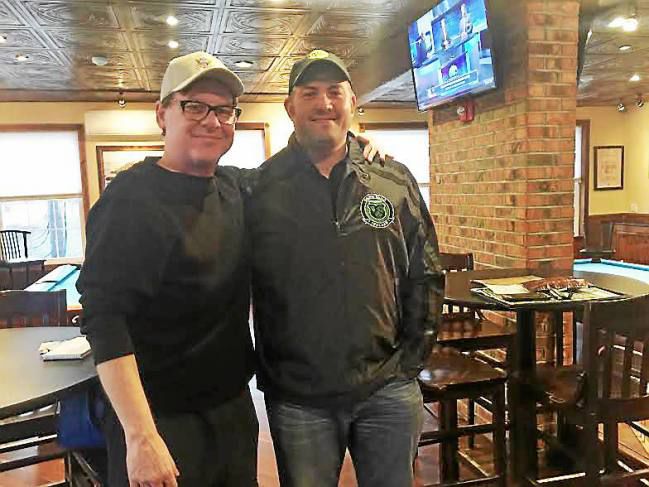 Much more than luck is involved in bringing the Philly area’s rich Irish American heritage to television screens, and two Delaware County men are behind the scripts, cameras, and digital production of four upcoming feature-length films.

The partnership of Marty Magee’s Irish Pub owner Joe Magee and Character Driven Productions Filmmaker and Producer Shawn Swords is about to premiere the first of four documentary films. The Cut: The Journey of the Men and Women of Duffy’s Cut will debut on Saturday, April 1, under the banner of the production company Irish American Films, according to a Delaware County News Network report by Peg DeGrassa.

“I’m really excited for not only the release of The Cut but for all of the films we currently have in our production pipeline,” said the Prospect Park pub owner, musician, and cinematographer. “Irish American Films is an Irish-centric, Irish-forward-thinking company. Our films are about real people — they’re the real deal. There is genuine substance to them and no fluff.”

Swords of Glenolden currently has the project in final editing and thinks a second film, Irish Philadelphia, could be finished by late spring.

The company is also working on “a feature-length documentary on the Molly Maguires, the Irish immigrant coal miners working and living in Pennsylvania; and a feature on the Philadelphia Saint Patrick’s Day Parade, the second-oldest St. Patrick’s Day parade in American history, dating back to the 1700s,” the report explained.

Read more about what Irish American Films has in store from the Delaware County News Network here.