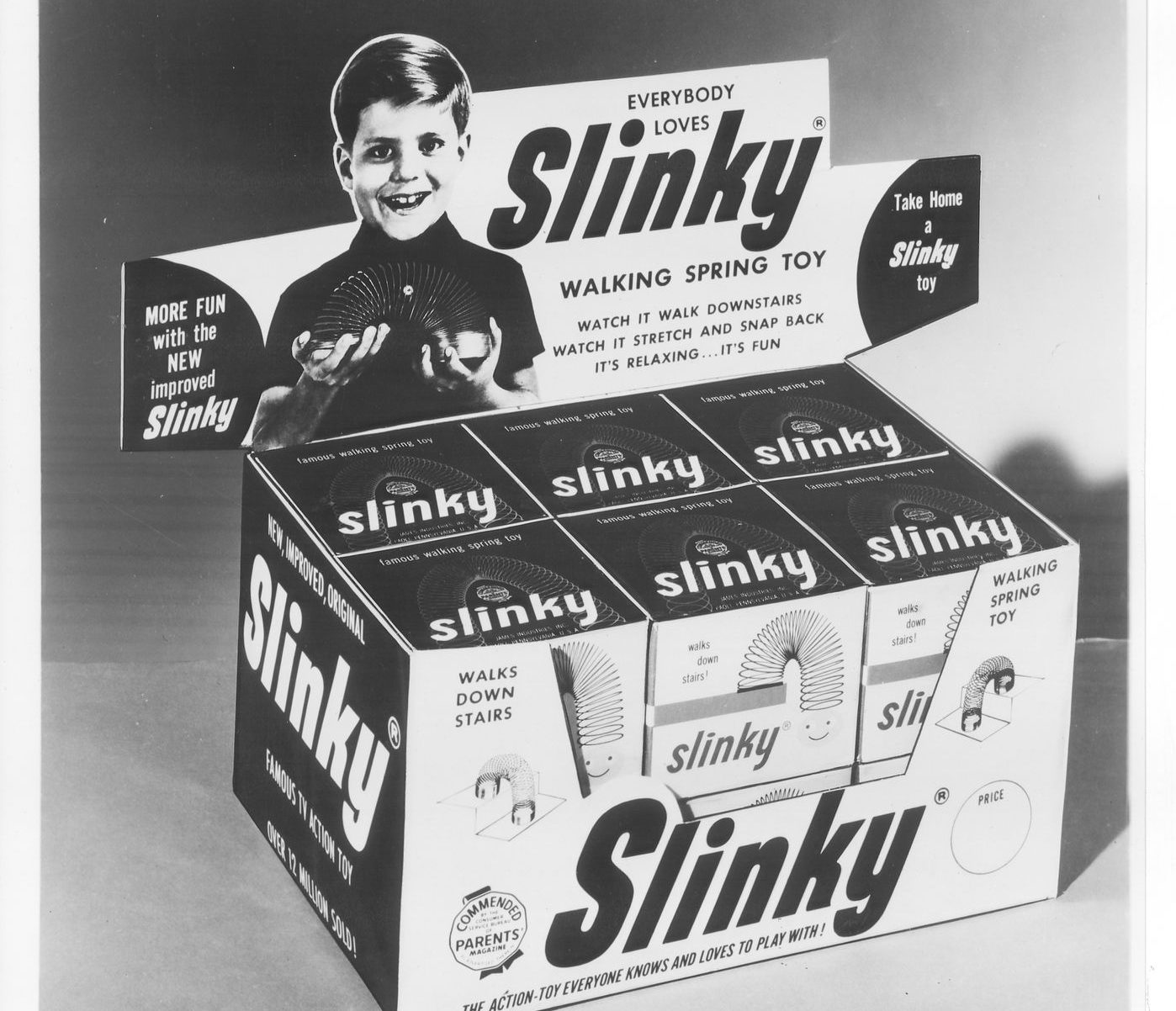 The Slinky, which celebrates its 75th birthday in 2020, was made right here in Clifton Heights, near Baltimore Pike and Springfield Road, writes Stephanie Farr for The Philadelphia Inquirer.

Now a roadside historical marker dedicated Friday on National Slinky Day will mark the spot near where they were made.

Mechanical engineer Richard James invented the Slinky in 1943 — trying to create springs that could hold items tight aboard moving ships.  He dropped the coiled wires and watched them tumble across the floor, according to Smithsonianmag.com.

His wife, Betty, gave the toy its name.

The Slinky tumbled into stores in 1945.  At Christmastime, Philadelphia Gimbels sold out of their 400 Slinkys in two hours.

Richard James left Betty and their six children in 1960 to join a religious cult in Bolivia.

Now a new single mother, Betty waged the home mortgage in 1963 to promote the Slinky.  The toy again sold out and has been a hit ever since, according to Smithsonian.com.

“She’s the one that really turned the company around, and I felt it really needed to be spoken about,” said Delco historian Robyn Young, who advocated for the Slinky marker in Clifton Heights.