King of Prussia 2.0 Challenges Stereotype of the Millennial Habitat of Choice 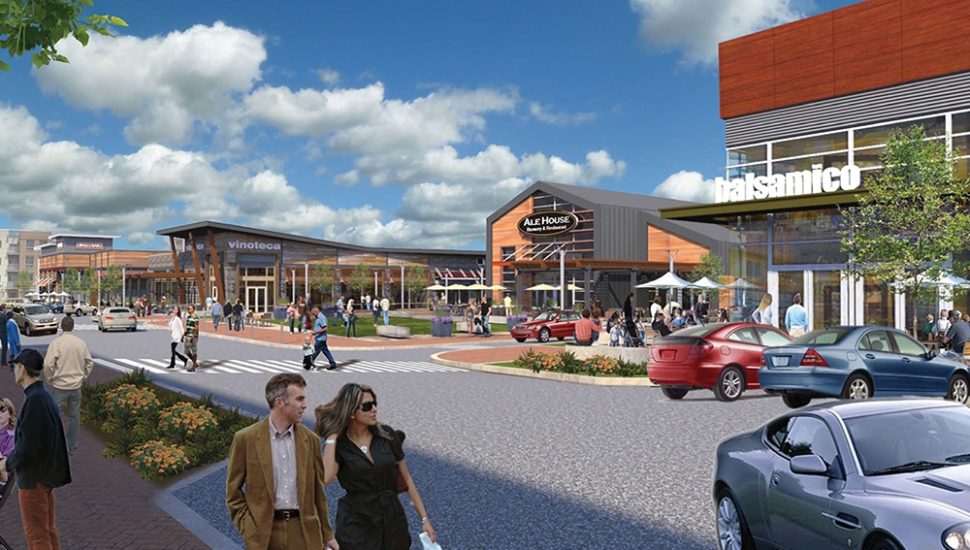 Image of the King of Prussia Town Center via BCT Architects.

It’s a phenomenon that puzzles sociologists who think they’ve figured out millennials, and delights data scientists who defy popular belief about the supposedly city-centric trends.

It’s the new Town Center at the heart of the Village at Valley Forge in King of Prussia, and it’s building a brand new downtown in the middle of a busy suburb.

The 138 acres transformed from a golf course into a hub of housing, offices, restaurants, wide streets, and open space is intended to be “a place where people will come naturally, to shop and eat and drink and, especially, to be with each other — a gathering place,” according to a Philadelphia magazine feature by Robert Huber.

Township officials have been as skeptical as the big city boosters, but developer Dennis Maloomian has invested decades into painting an irresistible picture of the future.

“People want to invest money in a place that has a future, and if you can’t sell them on that future, you’ll get crushed,” said King of Prussia District Executive Director Eric Goldstein.

Maloomian’s future overlooked the cool factor and grittiness of close-quarters urban living that so-called experts have said millennials are too attached to abandon. But now that the Village at Valley Forge is quickly becoming a hit, it’s beginning to dawn on people like Huber that “millennials don’t really care so much about what they’re supposed to want.”

Maybe the data isn’t lying. “Raw numbers … tell a surprising story of the suburbs’ appeal. More millennials are moving out of cities and into suburbs than are moving in,” the article stated.

Read more about the Village at Valley Forge phenomenon and what it means for the suburbs of the future in Philadelphia magazine here.