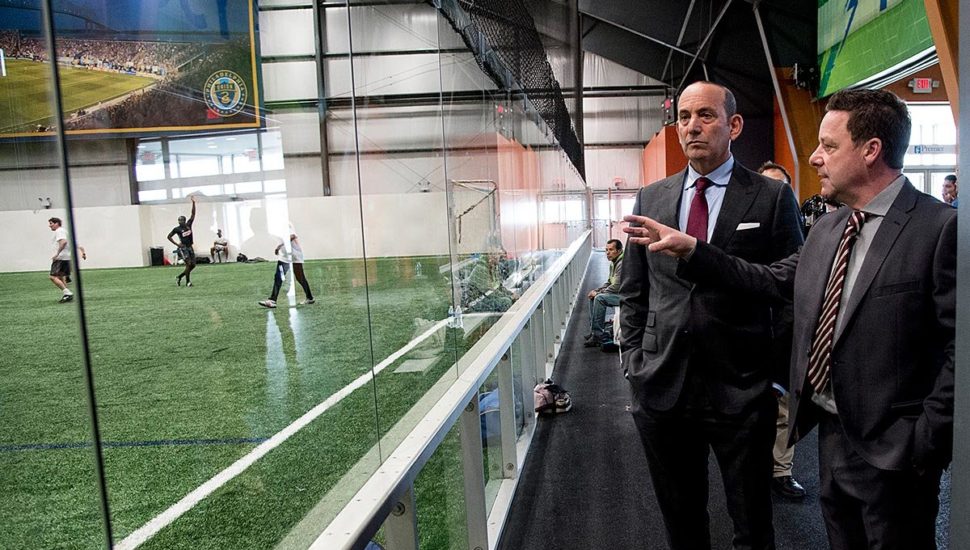 The rising success of Chester’s Major League Soccer team has even caught the attention of the professional sport’s commissioner — and most impressive is the program producing the future stars of the Philadelphia Union.

MLS Commissioner Don Garber recently visited the Union Academy complex in Wayne after its first graduate, Derrick Jones, recently started in the team’s season opener at Vancouver, according to a Philadelphia Inquirer report by Marc Narducci.

After an 11-14-9 record last year, the Union have begun its eighth season with expectations of returning to the playoffs, and the praise of the Union Academy only bolsters hope for the future of the soccer franchise.

“They have certainly exceeded a lot of our expectations with what they have done at the academy and their whole structure,” Garber said.

Read more about the Union Academy and its first success story in the Philadelphia Inquirer here, and check out previous DELCO Today coverage of the team here.