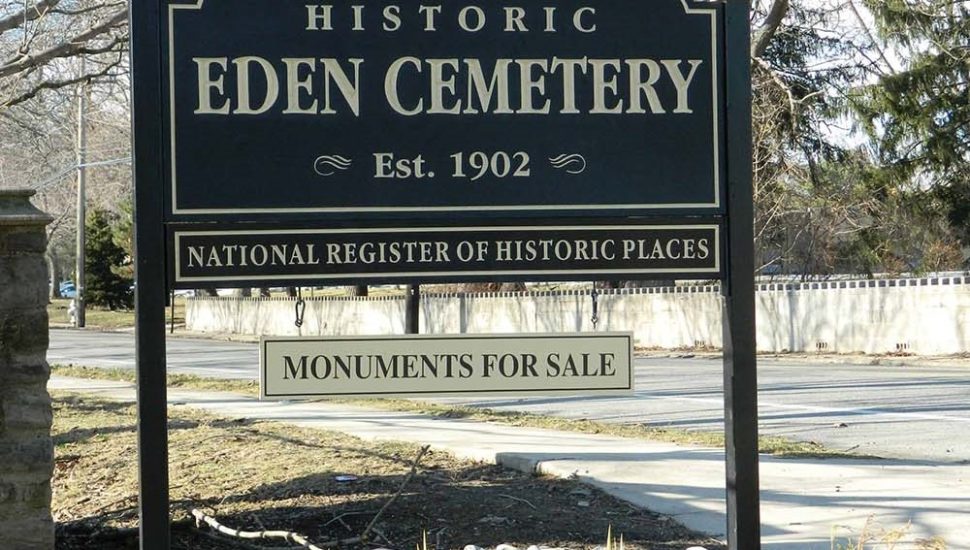 Image via The Spirit.

Among the memorial stones in Collingdale’s Eden Cemetery are the buried remains of African-Americans who survived one of Philadelphia’s gravest injustices.

In 1903, what remained of Lebanon Cemetery in South Philly was unearthed and moved to Eden Cemetery to make way for new development. But many of the bodies that were supposed to be there had been stolen in the late 1870s and early 1880s by grave robbers, according to a Philadelphia Inquirer report by Tommy Rowan.

In what turned out to be a well-organized scheme involving the cemetery superintendent, a deliveryman, and a prominent Jefferson Medical College surgeon, freshly buried bodies from the African-American cemetery were snatched to be used as cadavers.

The crime spree was finally uncovered in 1882 by Philadelphia Press reporter Louis Megargee.

“Philadelphia physicians had been associated with body-snatching since colonial days,” the article explained, “but in the 19th century, it reached a boiling point and doctors brought in middlemen to do the dirty work.”

Read more about the grave robbery in the Philadelphia Inquirer here.