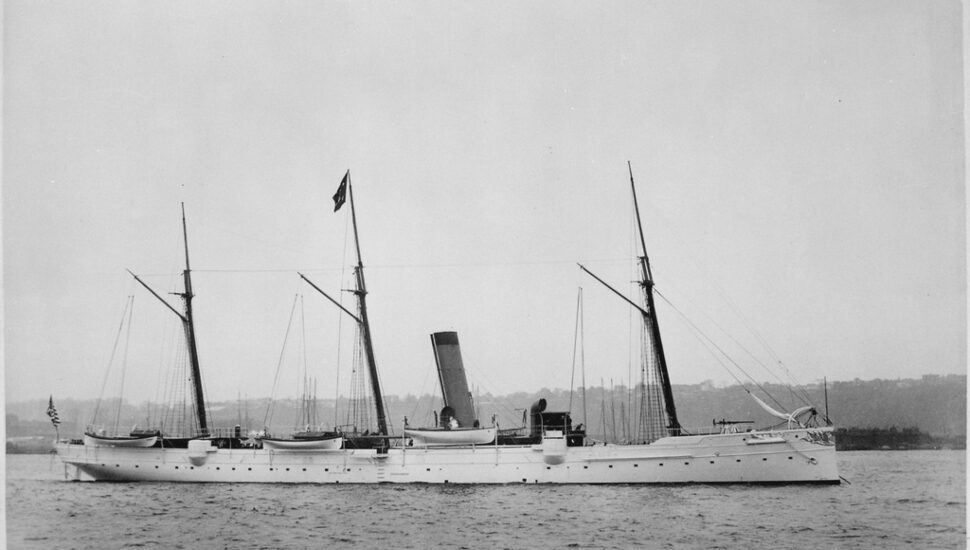 Image via Wikipedia.
The USS Dolphin. as seen in 1891.

The USS Dolphin, a ship built in Chester, played a role in negotiations that ended the Russo-Japanese war that started in February 1904, writes Aurore Eaton for the New Hampshire Union Leader.

The USS Dolphin was a dispatch ship. It was commissioned in Chester in 1885, built by the Delaware River Iron Ship Building and Engine Works.

The ship was used as a transport vessel for presidents, secretaries of the Navy and diplomatic officials.

On Aug. 5, 1905, President Theodore Roosevelt greeted representatives of Russia and Japan aboard his presidential yacht, the USS Mayflower docked at Oyster Bay, N.Y.

Roosevelt was setting the scene to end the fighting, placing the United States in a major diplomatic role on the world stage.

Roosevelt returned to his summer home in Oyster Bay. The Russian delegation stayed on the Mayflower while the Japanese boarded the USS Dolphin.

Roosevelt’s representatives boarded the USS Galveston to lead the convoy to Portsmouth, N.H, host city for the peace conference.

The “peace squadron” convoy cruised leisurely so guests could enjoy the trip ahead of difficult deliberations.

But they hit dense fog and the ships were delayed, postponing events in Portsmouth at least a day.

Read more at the New Hampshire Union Leader about the USS Dolphin.

Learn about the history of the Sun Shipbuilding and Dry Dock Company in Chester.

6ABC: Preserving the West Chester Railroad ‘Shows Young People What Things Were Like’