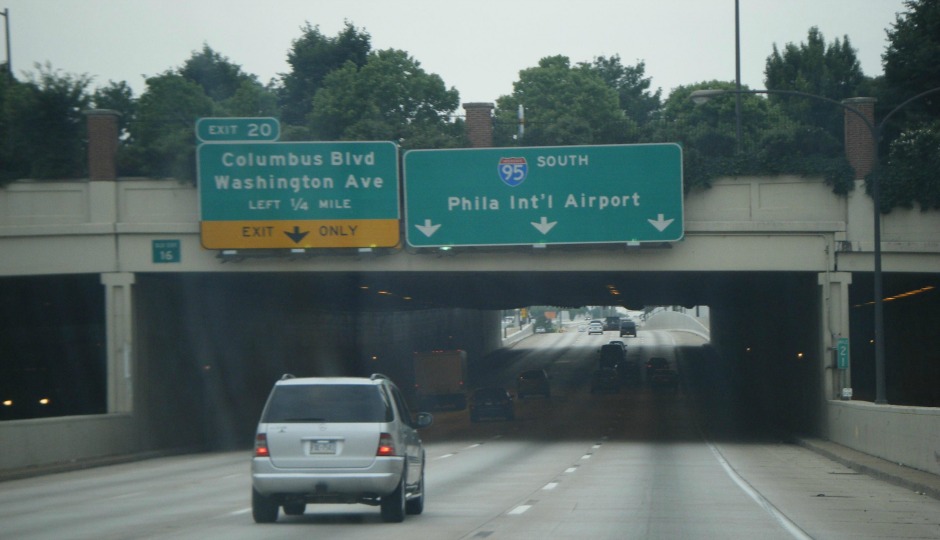 Pennsylvania's Top 15 most-travelled structurally deficient bridges are all on I-95. Image via Philadelphia magazine.

Pennsylvania is in dire need of serious bridge repairs, according to the latest report published by the American Road & Transportation Builders Association, writes Claire Sasko for Philadelphia magazine.

The report found that the Keystone State has 4,506 structurally deficient bridges. This represents around 20 percent of the total number of bridges statewide, and puts it second nationally behind Iowa, which has 4,968.

However, despite the enormous number and high ranking, the situation is significantly better than last year, as 275 bridges have since been repaired or reconstructed.

The most-pressing issue is the fact that the state’s Top 15 most-travelled structurally deficient bridges are all on I-95. But while there are some indications that the new administration has placed the projected $8 billion repairs of I-95 among its priorities, there has been little progress.

Read more about the report’s findings in Philadelphia magazine by clicking here.