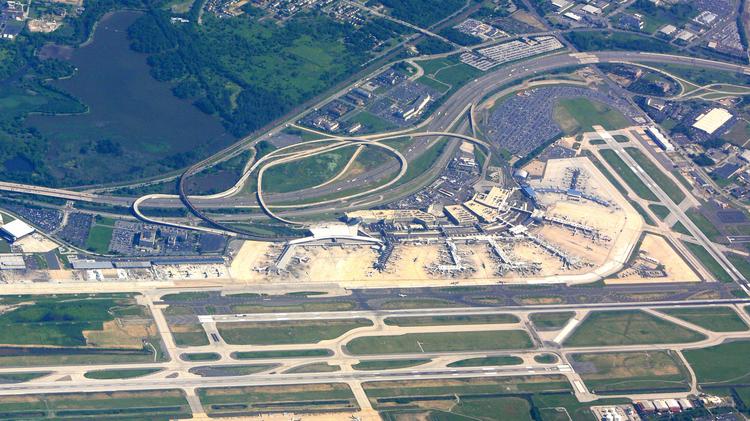 Talk of expanding the Philadelphia International Airport has circled overhead for decades, but the busy hub trapped by highway and waterway has been unable to land a deal for 136 acres of prime land next door.

A new Philadelphia City Council ordinance that would help value the land may change that.

“The airport is land constrained, and this is a prime parcel for the growth of the airport and the $7 billion expansion they have been contemplating,” said Kevin Feely, spokesman for The Henderson Group, in a Philadelphia Business Journal report by Natalie Kostelni. “If the ordinance is approved, it would be a significant step forward in the city’s expansion of the airport.”

The Media-based Henderson Group owns the land in question, located in Tinicum, and the two Airport Business Center buildings totaling 124,800 square feet that sit upon it. And the possibility of an airport cargo building expansion or eventually an additional runway, terminals, and more has scared away tenants for that space, the company argued in a lawsuit against the airport.

While it’s unknown what Henderson Group wants and what the airport has offered, the city in 2015 paid $90 million to purchase the 27-acre International Plaza office park.

“We have been trying to acquire this piece of ground for as long as I have been working here, and I’ve been here for 30 years,” Airport Chief Revenue Officer James Tyrrell said.

Read more about the land valuation ordinance and the story behind it in the Philadelphia Business Journal here, and check out previous DELCO Today coverage of the airport here.