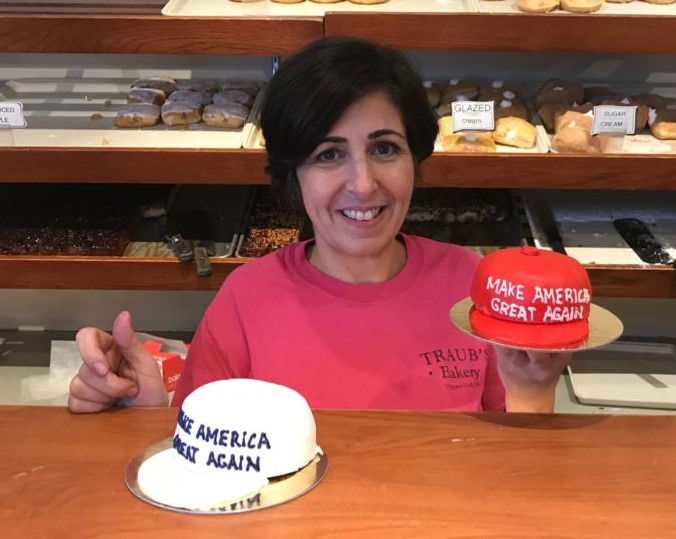 Though Traub’s Bakery has curated inspiration from all kinds of trending topics, this particular edible memento “is getting blown out of proportion” in a hotly contested borough, region, and state, owner David Bolner said in a Billy Penn report by Cassie Owens.

“It’s in no way a political statement,” Traub’s Bakery decorator Deneen Ciancaglini said, adding later that “if Hillary had won, we’d have done a cake for Hillary.”

It’s just that Trump’s Make America Great Again slogan and hats have taken on a life of their own — a life that has surprised even Trump himself.

Trump’s inspiration hit the day after Mitt Romney lost the election in 2012, and those now-famous four words were submitted as a trademark just five days later, according to a feature in The Washington Post by Karen Tumulty.

“I didn’t know it was going to catch on like it did. It’s been amazing,” Trump said. “The hat, I guess, is the biggest symbol, wouldn’t you say?”

Read more about Traub’s Bakery’s iconic offering from Billy Penn here and the story behind Trump’s political vision in The Washington Post here.