Florida Now Home to More Philly Flavor, Cheesesteaks and All, Than You've Ever Imagined 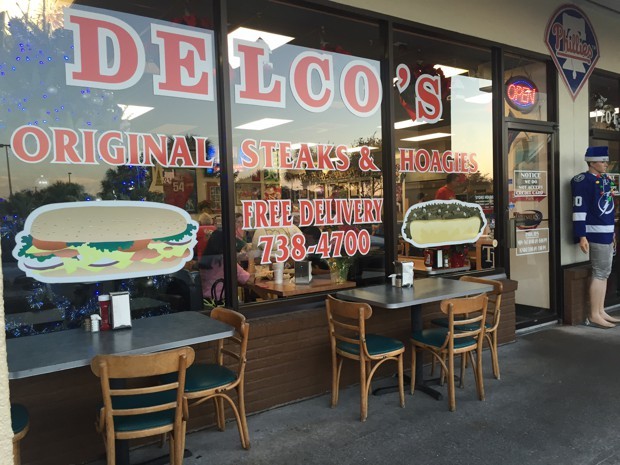 Following the Philadelphia Phillies down to spring training in Clearwater, Fla., was just the start. Today, there’s much more that awaits the Philly faithful in the Sunshine State, starting with “cheesesteaks in paradise,” according to a CityLab report by Lisa Rowan.

Cheesesteaks may have been the first Philly phenomenon to catch on in the Tampa Bay area, but they’re not the last. In the late 1990s, Ed Crowley and Cindi Bowers brought Chadds Ford-based Delco’s Original Steaks & Hoagies — and their Amoroso’s bakery rolls — to Dunedin, Fla., as “an altar to Philadelphia sports culture,” the article stated. “At least 30 promotional bobblehead dolls watch over the dining room from a high ledge.”

Since then, Philly Phlava exported even more to three Bay-area locations, including “Amoroso’s rolls, Herr’s chips, Hank’s sodas, and Pennsylvania Dutch birch beer on the fountain.”