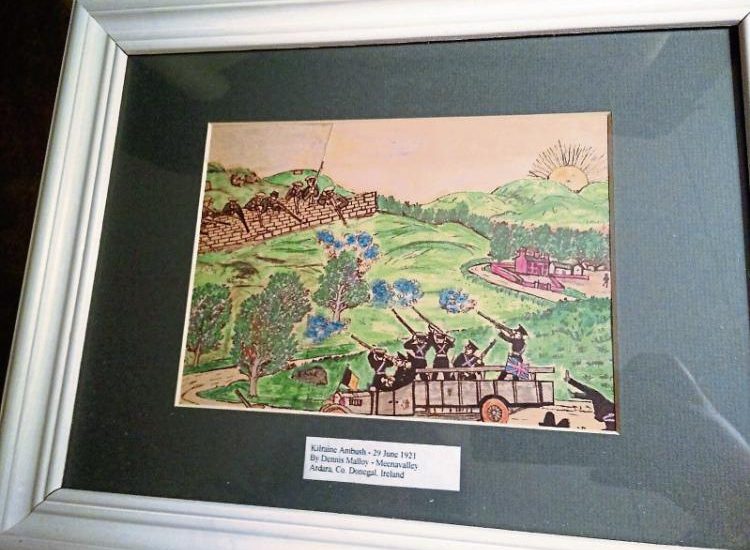 Photo courtesy of the Donegal Democrat.

Thanks to a Newtown Square resident, reproductions of an old drawing of Northern Ireland’s War of Independence in 1921 has found its way back to Donegal in Northern Ireland, writes Carolyn Farrar for the Donegal Democrat.

The ambush depicted in the drawing at Derries, Kilraine, was one of the last acts of the war and was re-enacted at this year’s Glenties Harvest Fair Festival.

The drawing, which hangs on a wall in Jim McNelis’s Newtown Square home, depicts the IRA (Irish Republican Army) firing from the hills, while soldiers and RIC (Royal Irish Constabulary) officers return fire.

While recently visiting friends in Philadelphia, Rosemary Ward, a relative of McNelis, noticed the picture during a trip to his home, and contacted him after learning about the reenactment. He sent photocopies, which she framed for the event.

Read more about the drawing in the Donegal Democrat by clicking here.