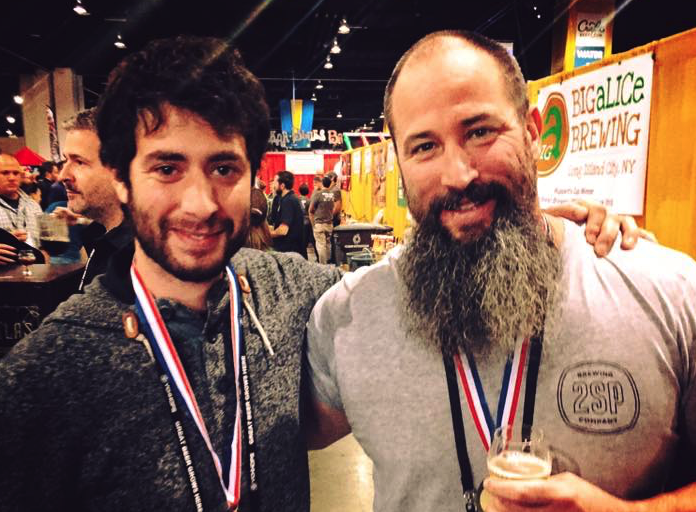 Aston based 2SP Brewing Company attended its first Great American Beer Festival this past weekend in Denver, Colorado. The local gem medaled with two of its beers, taking home a GOLD and a BRONZE.

The Russian, an imperial stout made by brewer Bob Barrar, was judged the best among 91 entries in the imperial stout category.  Antonym, a farmhouse saison, also captured a Bronze in the Belgian and French style category, competing against 26 other entries.

The gold standard for American craft beer, the Great American Beer Festival invites industry professionals from around the world to sit together in small groups and, without knowing the brand name, taste beers in each specified style category.

“Our first year and we’re taking TWO medals home! We are exhilarated, proud, and thankful Bob & Ruby have been recognized for their craftsmanship at GABF,” tweets 2SP. “Thank you to everyone for your love & support, making it possible for them to brew their amazing beers.”

The award winning beers, The Russian & Antonym, are available on tap at the tasting room at 120 Concord Road, Aston. Go sip liquid gold and bronze while they’re still available.