Sharon Hill Man Cleans Up on Price Is Right 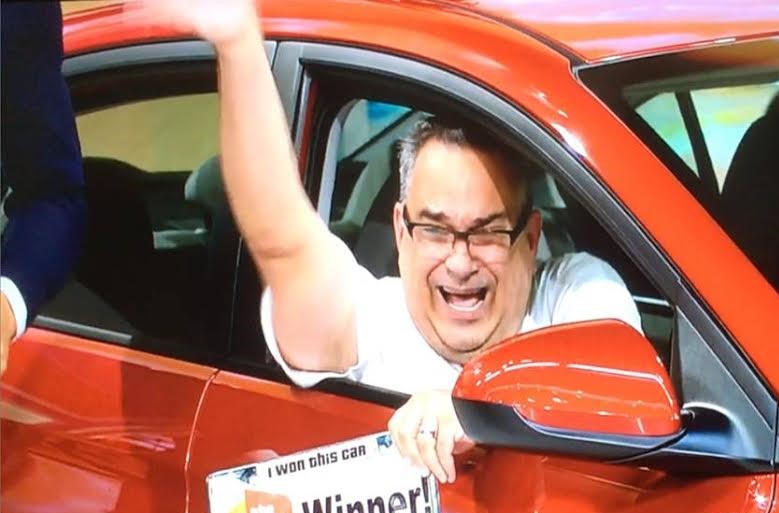 Sharon Hill’s Anthony “Tony” Oriente sits in the Hyundai Elantra he won on the Price Is Right.

Sharon Hill’s Anthony “Tony” Oriente won big on the episode of the Price Is Right that aired on Sept. 19, as he took home more than $26,000 in prizes, writes Peg DeGrassa for Delaware County News Network.

More than a month earlier, on Aug. 8, Oriente traveled to the CBS Studios in Burbank, Calif., to be part of the studio audience of the game show in which contestants compete for cash and prizes by guessing the prices of various items.

During the show, he was called out of the audience to compete by host Drew Carey, and made it to the Grand Showcase Showdown to guess the price of the pooled prizes.

Oriente guessed that a 2017 Hyundai Elantra SV, an all-inclusive trip to Ixtapa in Mexico, and an Apple bundle cost a total of $26,271, which was closest to the correct value, netting him the whole package.

He said the experience was surreal.

“The whole show went by in a blur, moving so quickly,” Oriente said. “I couldn’t wait to watch the show on TV to remember all that happened.”