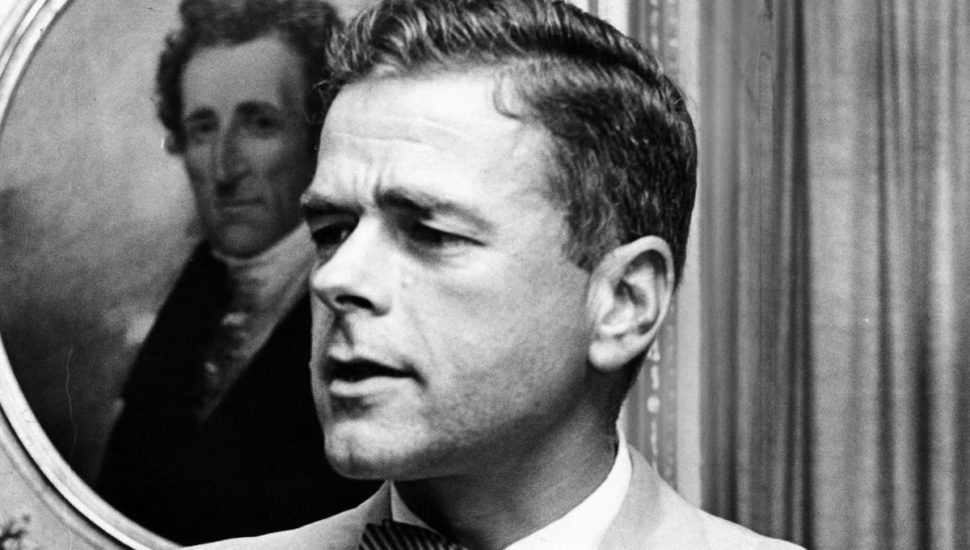 F. Hastings Griffin Jr. stands in front of a portrait of his great-great-grandfather John Tyler, the 10th President of the United States, in 1962. Photo courtesy of the Philadelphia Inquirer.

Newtown Square resident F. Hastings Griffin Jr. – a Philadelphia trial lawyer, star athlete, and singer – died from heart disease on Sept. 18 at his home at the age of 95, writes Bonnie Cook for the Philadelphia Inquirer.

A great-great-grandson of John Tyler, the 10th president of the United States, he grew up in Wawa and obtained degrees from the Episcopal Academy, Princeton University, and Harvard Law School. He was also a member of the Marine Corps from 1943-45.

His career as a lawyer started when he was snatched up by the Center City law firm of Dechert, Price & Rhoads, where he was known for rarely losing cases. An accomplished athlete, Griffin also won 23 national championships in tennis and squash. His myriad of talents was augmented by him singing tenor in the Orpheus Club of Philadelphia.

A celebration of life will be held at 11 AM on Oct. 22 at the Church of the Redeemer in Bryn Mawr.

Read more about Griffin’s life in the Philadelphia Inquirer by clicking here.