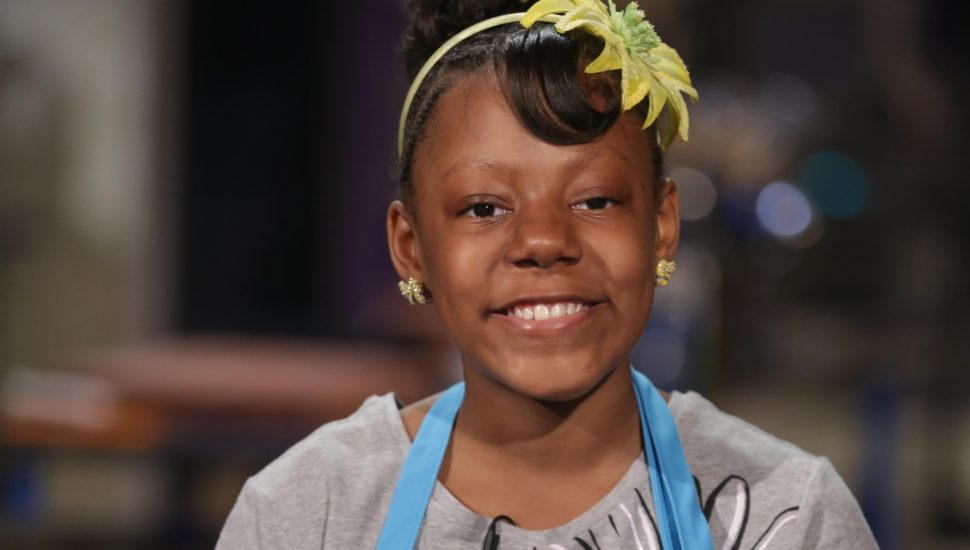 Despite struggling a little in the first round when the sauce for her beef dish curdled, she managed to avoid the dreaded chopping block. Tavia then turned things around in the next two rounds, clinching the $10,000 prize with her innovative, banana cream pie-style dessert.

Tavia, who attends Agora Cyber Charter School, suffers from Crohn’s Disease, forcing her to miss out on many of the activities that other kids can do. But after seeing Chopped during a night in the emergency room, she began watching the Food Network religiously.

Since then, she has been honing her skills in the kitchen, and it culminated in the fantastic win.

“It’s amazing to have won Chopped!” she said. “I want to show the kids who have illnesses: You have the illness, but the illness doesn’t have you.”