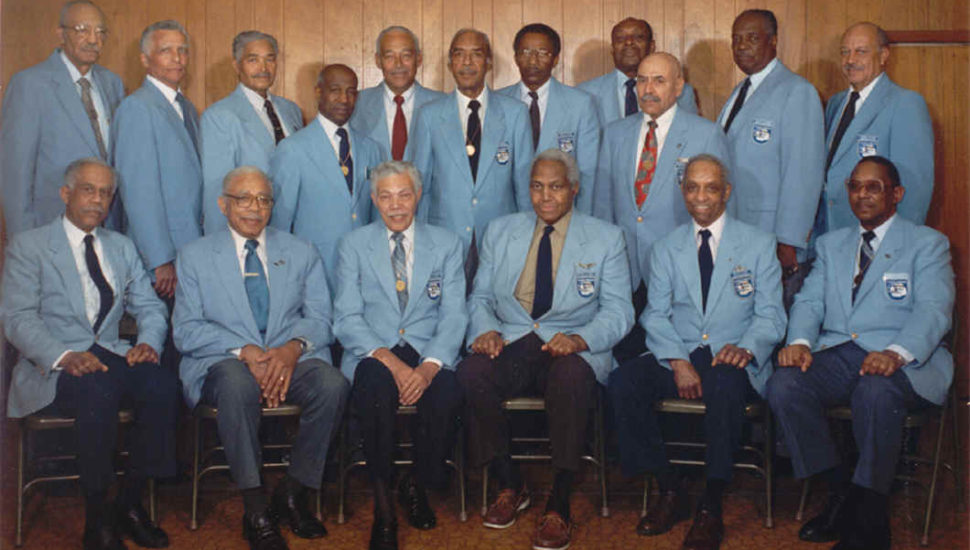 The Philadelphia Chapter of the Tuskegee Airmen.

The Greater Philadelphia Chapter of Tuskegee Airmen recently celebrated the 75th anniversary of the formation of their unit, according to a staff report from the Daily Times.

The event that took place at the Drexelbrook Country Club in Drexel Hill also incorporated the Airmen’s annual scholarship award given out to a Delaware State University aviation student. This year’s recipient was Justin Thompson, a junior, who was presented with a check for $3,500.

More than 250 guests attended the celebration that began with the Civil Air Patrol – Squadron 1006 of Philadelphia, presenting the colors.

The Franklin Institute’s meteorologist Derrick Pitts was the Master of Ceremony and many dignitaries attended to honor the occasion, including Democratic Representative Stephen Kinsey of Harrisburg.

Read more about the event in the Daily Times by clicking here.

Before Salem, There Was a Witch Trial for a Delaware County Woman

Long-Lost Letters, Written by Coatesville Man Who Died in WWI, Show Love for His Hometown, Freedom