A Love Story for MLK Jr. and His Wife Coretta King 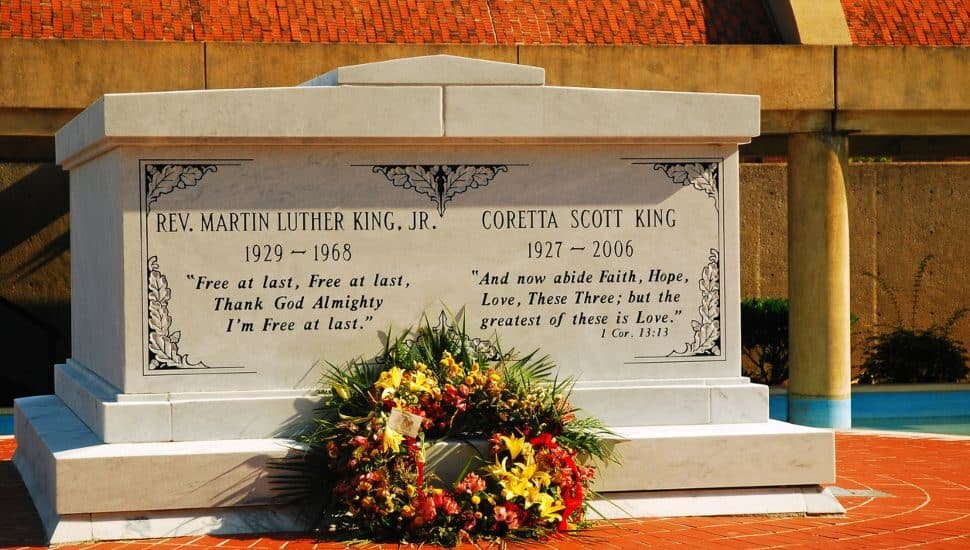 “Women were significant in his life, their intellectual production, their spiritual accompaniment. … Women surrounded him in so many ways,” said the Rev. Naomi Washington-Leapheart, a professor of theology and religious studies at Villanova University.

But it was Coretta Scott King, a civil rights activist, who inspired her husband, planned strategies, and was there to help him lead civil rights protests and demonstrations.

They met on a blind date in January 1952 up in Boston.

King had just broken up with a former longtime White girlfriend on the advice of friends while he was at Upland’s Crozer Theological Seminary.

They told him the Ebenezer Baptist Church in Atlanta would not recognize her as the “first lady” of the congregation since King was set to replace his father there as pastor.

But King ended up falling in love with Coretta the first time he saw her. It took Coretta a little longer, finding him too short and unimpressive.

King eventually won her heart and they became inseparable.

60 Minutes visited the MLK family during their first Christmas without him.