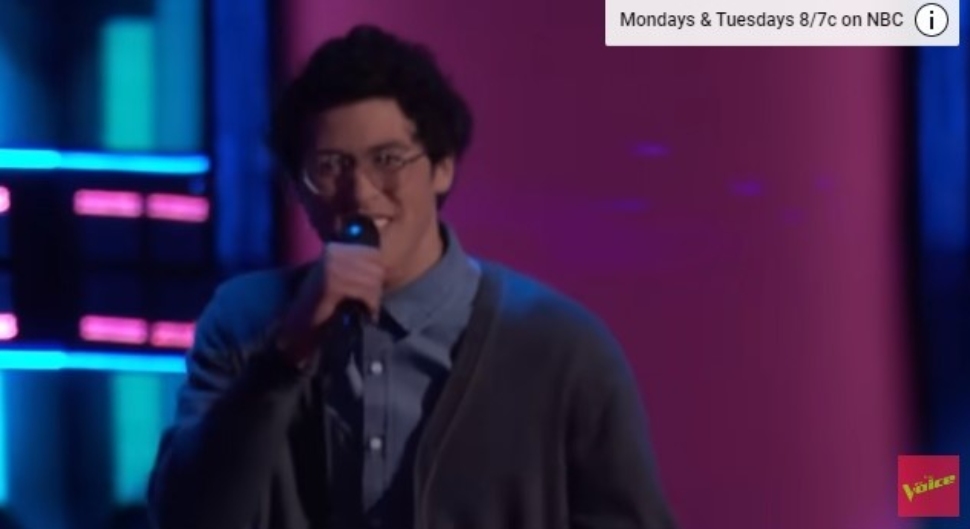 Image via YouTube.
Chello from Chester, performing on 'The Voice.'

Chello, from Chester, impressed some of the coaches on “the Voice” singing competition on NBC with his rendition of “Just the Two of Us” by Grover Washington Jr., writes Deb Kiner for pennlive.com.

“You are a cool, cool cat,” said coach Camila Cabello to 22-year-old Chello. “The fact that you could make it so cool without any riffs or runs at first, it was just your tone, and then you did this one crazy run at the end … I could really picture listening to your records in the car.”

During blind auditions, the coaches can hear the singers but not see them. They hit a button to turn their chair when they like the singing.

Chello got a two-chair turn from John Legend and Cabello, but no reaction from Coaches Gwen Stefani and Blake Shelton.

Legend said he loved watching Chello perform. “The word that came to my mind the most was joy,” he said.

Chello ended up on Cabello’s team, thanks to a mutual love of artist Jon Bellion.

He is the second singer from Pennsylvania to make it to Cabello’s team, following  Morgan Myles from Williamsport who performed Monday night.

Read more at pennlive.com about this Chester man’s experience on ‘The Voice’.

See Chello’s performance on ‘The Voice.’

Ann Crumb: A Power House Performer in Musical Theater In and Out of Delco