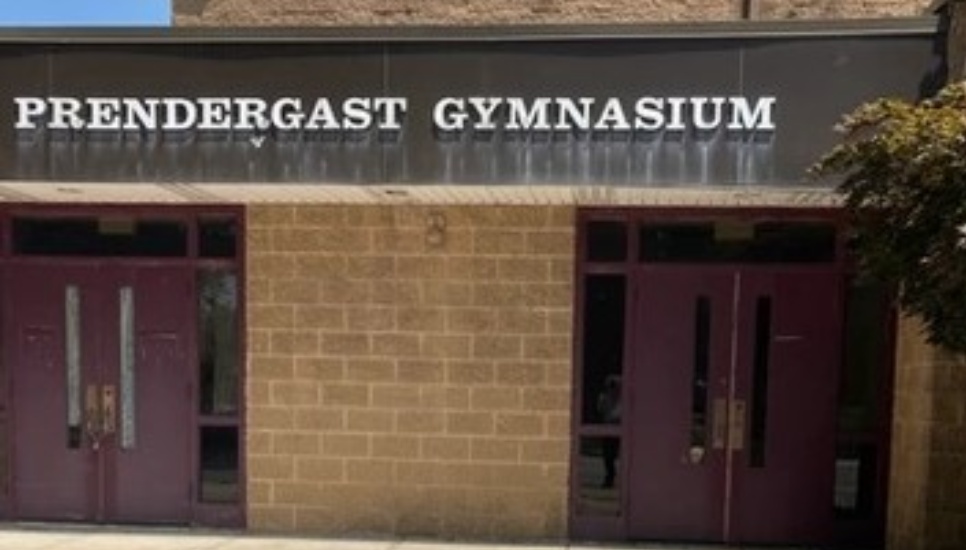 With the sale of the Archbishop Prendergast High School to Delaware County Community College, plans are to retain the front of the building but gut the interior.

The vacant building is being demolished to make way for a community-centered college campus on 7.5 acres of the 30-acre property, combining the college’s Upper Darby Center and the Southeast Center in Sharon Hill.

Exterior doors and windows will be for sale at a time closer to demolition. There will also be a separate gym and convent sale.

The cash-only sale is being handled by Pre-Demolition Sale.

The Archbishop Prendergast building was originally constructed as an orphanage, opening in 1920 as St. Vincent’s Orphanage after the Archdiocese acquired the land from the Drexel family in 1917.

The orphanage building was converted into Archbishop Prendergast High School for Boys in 1952. A few years later a second building was built which became the boys’ school, with Prendergast designated as a Catholic high school for girls.

In 2006, both schools were merged on the campus as the Monsignor Bonner & Archbishop Prendergast Catholic High School, housed in the former Bonner High building.

Read here for more details on the sale.