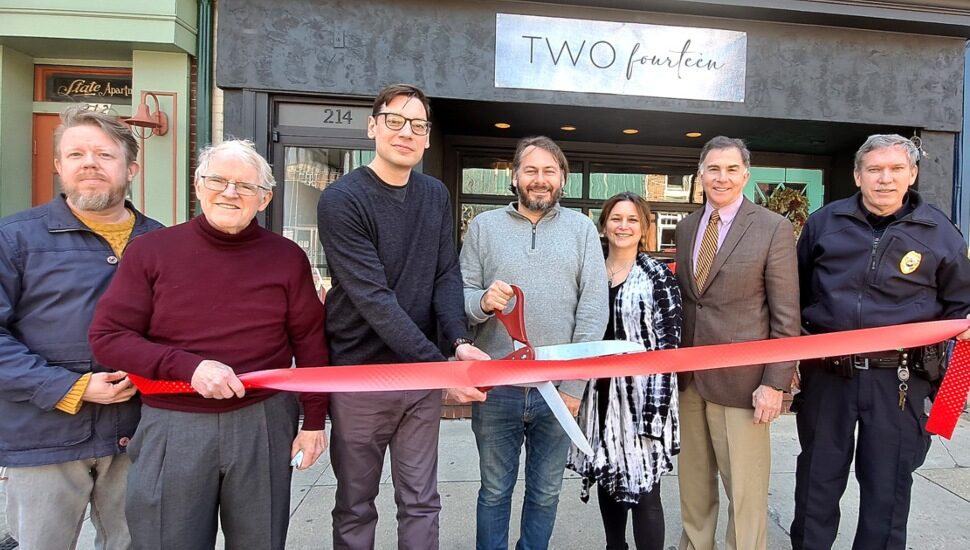 Image via Visit Media PA Facebook page.
A ribbon cutting in March for the new Two Fourteen restaurant in Media.

Case in point is the work of two Main Line restauranteurs who have brought their own style to Media’s Two Fourteen, writes Ed Williams for Main Line Today.

Hackett is the chef and word is he loves to talk food.

For cocktails, there’s the Media Mule with house infused ginger syrup, the Paper Plane with Old Overholt Rye and the Karamel’s a Bitch expresso martini.

Season outdoor dining is available, along with pub-height tables, four-person booths and a back area infused with natural light.

A favorite with diners is the 214 Waygu Burger with bourbon bacon jam, dill aioli and chedder and peppery arugula.

There’s also a weekend brunch and a rotating dessert menu.

Take a walking tour of Media Borough in this 2013 video.