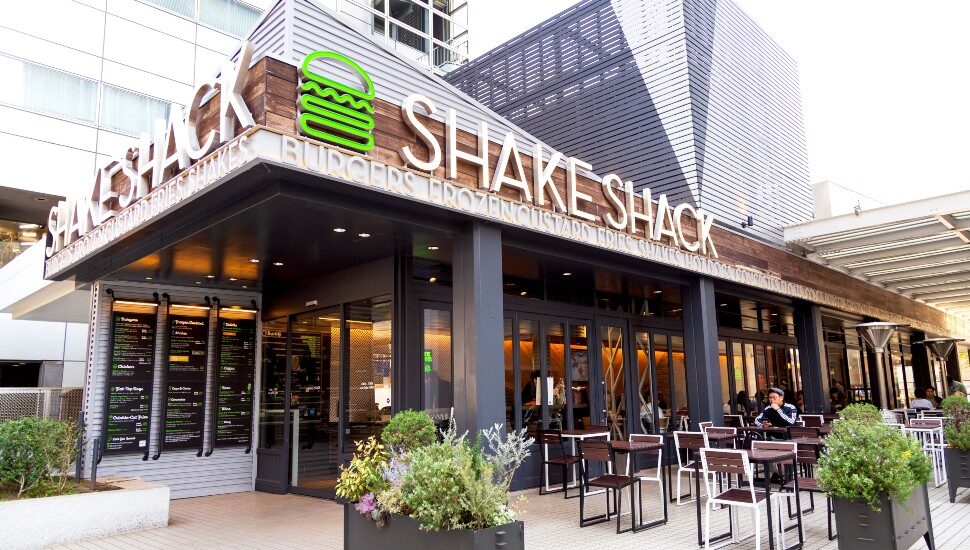 In addition to its signature Shack Burger (a beef patty, American cheese and Shake Shack sauce), the new store will have new menu items.

Shake Shack has over 260 domestically-owned locations and is expanding. It plans to open 45-50 corporate-owned Shake Shack locations in the U.S. by years end.

Shake Shack is also installing Shack Track drive-up windows at 25% of its restaurants and drive-through windows at 10 to 15% of its locations.

The company has been offering higher wages to its employees. Wages now average $15 an hour, a 13% increase over the last quarter.

The chain also initiated a Shift Up program earlier this year which offers opportunities for hourly employees to advance to management positions.

There are 60 shift managers now completing a leadership program and becoming salary-level managers.

Shake Shack started as a hot dog cart in New York City’s Madison Square Park, It used money raised to support a public art project, and continues to support the community,  according to its website.

Read more at Philly Bite Magazine about this Shake Shack opening in Springfield.

Erik the Electric tries every item at Shake Shack.

Duck Donuts, With Radnor Ties, Waddles in as an America Favorite

Heading to the King of Prussia Mall? Here are the Best Eats