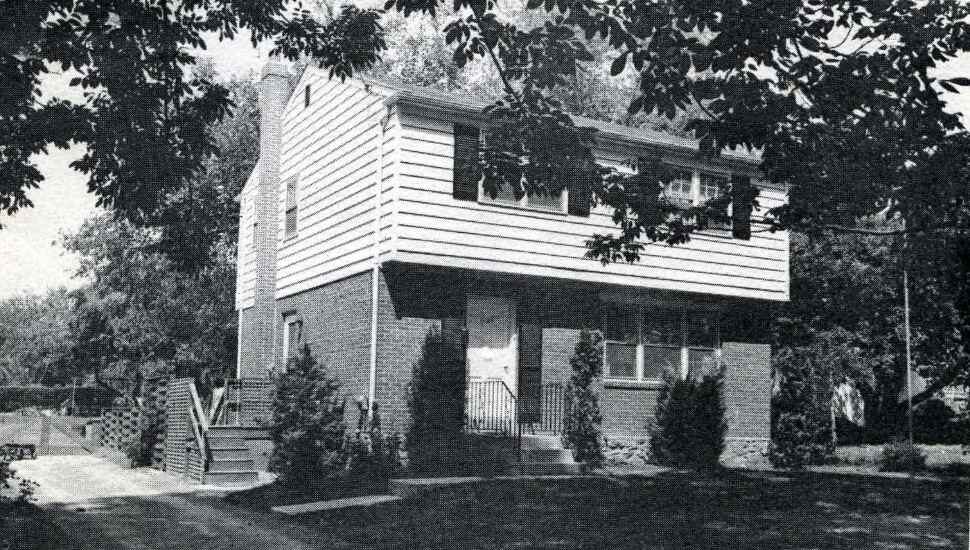 Image via the Weckerly family.
A Havertown home as it appeared in the early 1960s real estate listing that enticed the Weckerly parents to buy it.

Whoever buys into the notion that “You can’t go home again” has never experienced the power of Facebook.

Dan Weckerly — a Limerick resident originally from Havertown — belonged to a Facebook group centered on the 19083 ZIP Code.

Months back, he posted an online question: Has anyone ever revisited the Havertown home in which he or she grew up?

Fellow group member Paul Downey responded. He revealed that he and his family were the current owners of the Bon Air Road home. And to Weckerly’s shock and delight, he offered to allow him to visit.

Sitting out back on the deck that Weckerly’s father had a contractor install, the present and former residents chatted about present and past news of the street.

Before departing, Weckerly presented a gift: A framed photo of the property from the 1963 real estate listing that enticed his parents to purchase.

“I took this picture after both my parents had passed,” Weckerly said. “I shot the front of the card with my phone as a last-minute thing.

“I only wish I had turned it over and taken that photo as well, showing the asking price, etc.”

Still, Downey and Weckerly departed, grateful for the gifts received from each other.

Dan Weckerly is the editor of MONTCO.Today.