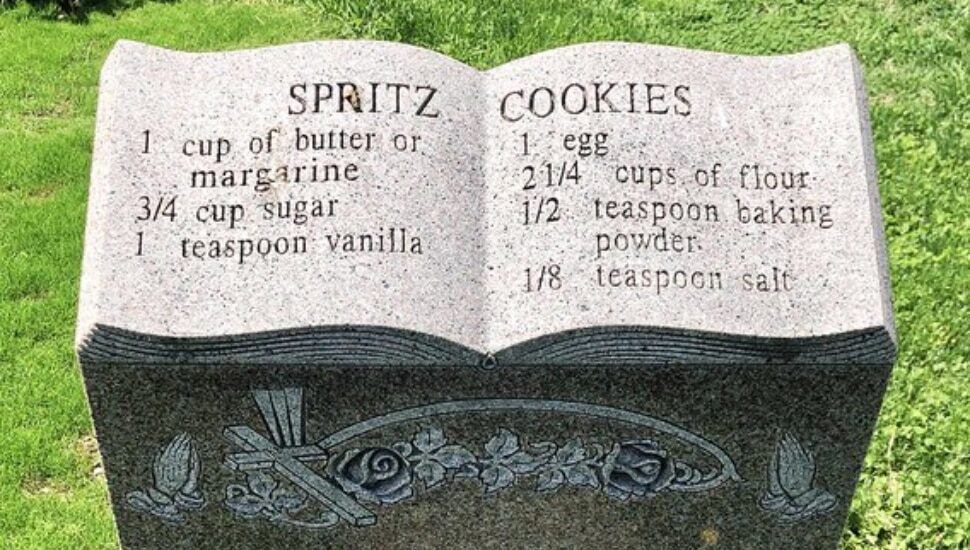 Richard Dawson of Chester Springs has found a novel way to preserve one of his mother’s recipes for future generations: He recorded it on her gravestone, writes Christina Morales for the New York Times.

The easiest way for Dawson, 71, to recall memories of his family’s holidays is to eat the spritz cookies his mother, Naomi Odessa Miller-Dawson, made. The cookies were also popular among his co-workers, but when one of them asked for a recipe, his mother did not want to give away the secret.

After his mother died, Dawson had the recipe for the cookies etched on her gravestone.

“At one point, I thought she may feel like I betrayed her,” he said. “But I think she’s happy because of all the attention the headstone has received.”

The headstone was the catalyst for a zine on gravestone recipes co-written during the pandemic by Allison C. Meier. She discovered the spritz recipe a few years ago at the Green-Wood Cemetery in Brooklyn. That gave her the idea to search out similar gravestones and write Cooking with the Dead.

Read more about this unique way of using a gravestone to share a mother’s spritz cookie recipe in the New York Times.