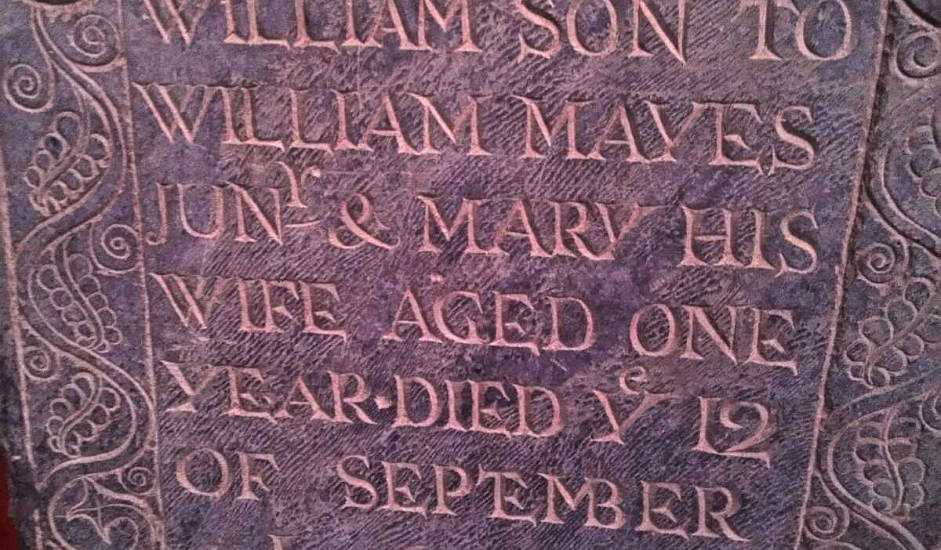 It had been missing for more than 30 years until it literally turned up in an Upper Darby woman’s yard. The gravestone of a one-year-old child named William Mayes, who died in 1690, was recently returned to Newport, R.I., and reset in the Common Burying Ground.

Upper Darby’s Stephanie Pallas “was doing some landscaping, hit this flat stone in her yard, dug it up, flipped it over, and realized it was a gravestone,” the Newport Historic Cemetery Advisory Commission’s Lew Keen said in an Associated Press report. “Then, with the help of the Internet, (she) did some research to discover it belonged not in Pennsylvania, but in Rhode Island.”

The 12-by-24-inch gravestone wasn’t alone in being returned; two other historic gravestones from the 19th century recently found in a Newport basement were also put back in place.

“Keen said theft of historic grave markers is a chronic issue, and that people take stones for patios, well covers, and other uses,” according to the A.P.

Read more of the story behind the missing gravestones and their return from the Associated Press here.