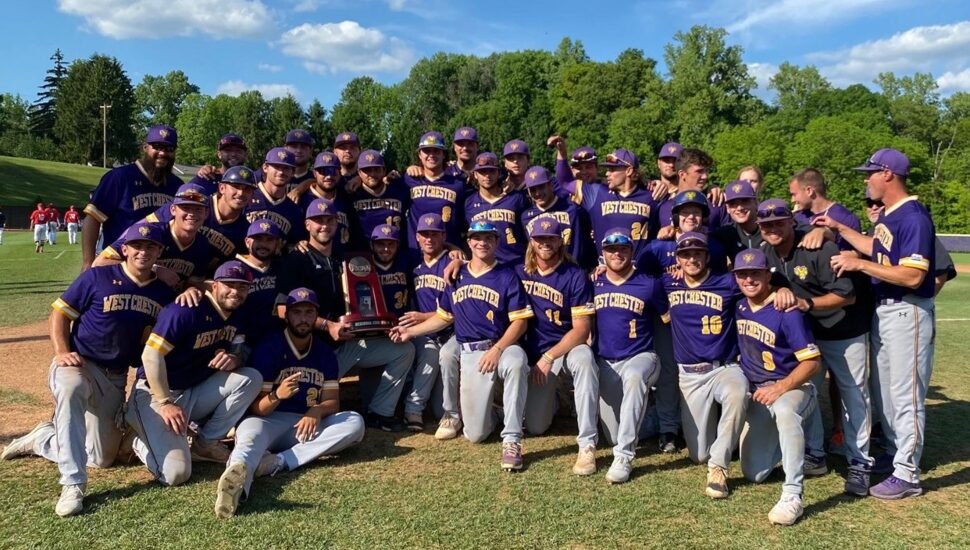 The Golden Rams (34-13) are making their fifth trip to the national championships in the last 17 years.

West Chester University will take on North Greenville in the eight-team, double-elimination national championships on Sunday, June 5 at 6 PM at the U.S. Baseball National Training Center.

Other matchups at the national championships include:

All of the games at the national finals will be streamed live on NCAA.com. Fans can also navigate the tournament web page where links to the broadcasts, live stats, and post-game press conferences will be available.

The pitching rotation is highlighted by left-handed ace Braeden Fausnaught, a Danville native who set a new school record with 17 starts on the mound and shattered the single-season strikeout mark with 121 whiffs in 95 innings. He is 9-2 with a 3.30 ERA and is eight innings away from WCU’s single-season record for innings pitched. Righty Joe Sperone, a Broomall native and Cardinal O’Hara graduate, is 8-2 on the year with a 3.53 ERA.

‘Enabling Bright Minds and Dreams to Flourish’: WCU to Receive Largest Cash Donation in Its History