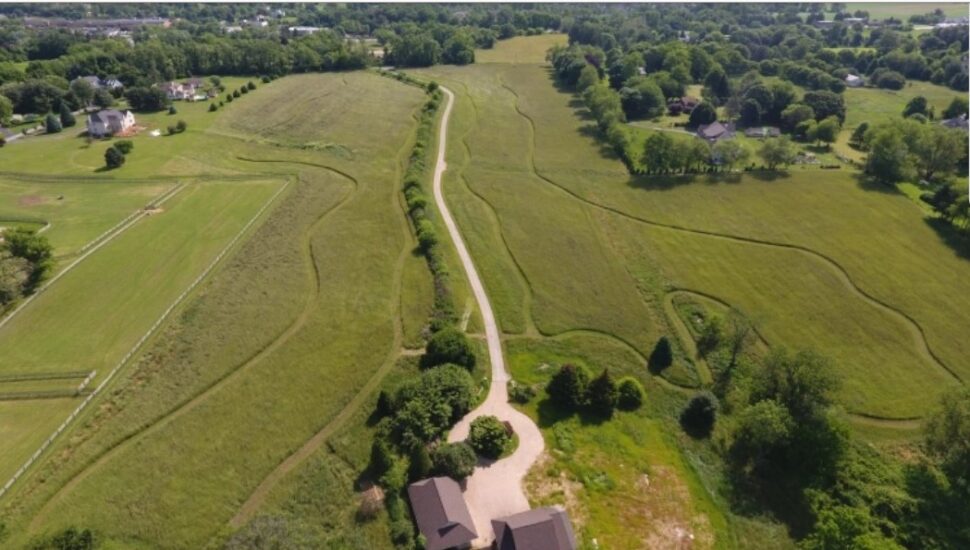 Image via the Daily Times.
An aerial view of Brinton Run Preserve.

A section of the Brandywine Battlefield recently preserved by the North American Land Trust (NALT) is now open to the public, writes Michael P. Rellahan for the Daily Times.

Brinton Run Preserve in Dilworthtown is a historic tract where American and British forces fought on Sept. 11, 1777.

Washington’s troops were defeated by troops under British Gen. William Howe after a fierce 11-hour fight on farms and pastures north of Chadds Ford village in Delaware and Chester counties.

NALT has created two public loop trails offering about 1.5 miles of walking or jogging through fields south of the Dilworthtown intersection of Oakland Road and Brinton’s Bridge Road.

Brinton Run Preserve is the first public preserve owned and managed by NALT, which has protected more than 136,000 acres over its 30 years.

“We are excited to open our first public preserve to visitors,” said Steven Carter, NALT president. “Brinton Run Preserve is a place where people can enjoy a wide array of plant and wildlife species and learn about the historical significance of this battlefield.”

More trails and attractions will be added in the coming months and years.

Read more at the Daily Times on opening Brinton Run Preserve to the public.

Learn some of the history of Brandywine Battlefield Park and efforts to preserve that historic area.