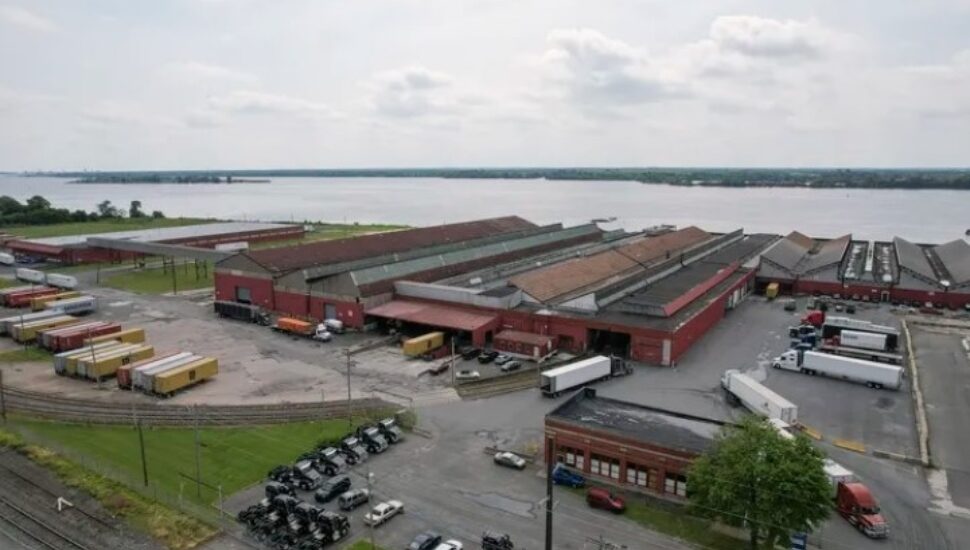 Image via Heather Khalifa, The Philadelphia Inquirer.
The GWSI warehouse in Chester being looked at by Penn LNG for an LNG export terminal.

But Michael Gerace, the owner of the GWSI warehouse at Front and Lloyd streets, site of a former Ford assembly plant, says the property is not for sale.

Penn LNG, founded by a Philadelphia native, wants to take advantage of Pennsylvania’s high levels of shale gas and current worldwide demand and is looking at the Chester site or a Philadelphia waterfront location.

“Would liquid fuels be a financial boon to the city?” said Kirkland. “Yes, it would probably put us in a great financial position for decades to come.”

Penn LNG is promoting the proposed plant as “the greenest and cleanest export facility in the United States.”

Read more at The Philadelphia Inquirer about this proposed liquefied natural gas export terminal in Chester.

Experience what life is like on board a floating LNG facility in Austrailia.

It Has Been 120 Years Since the First Crude Oil Shipment at Marcus Hook. A Lot Has Changed Since 1902