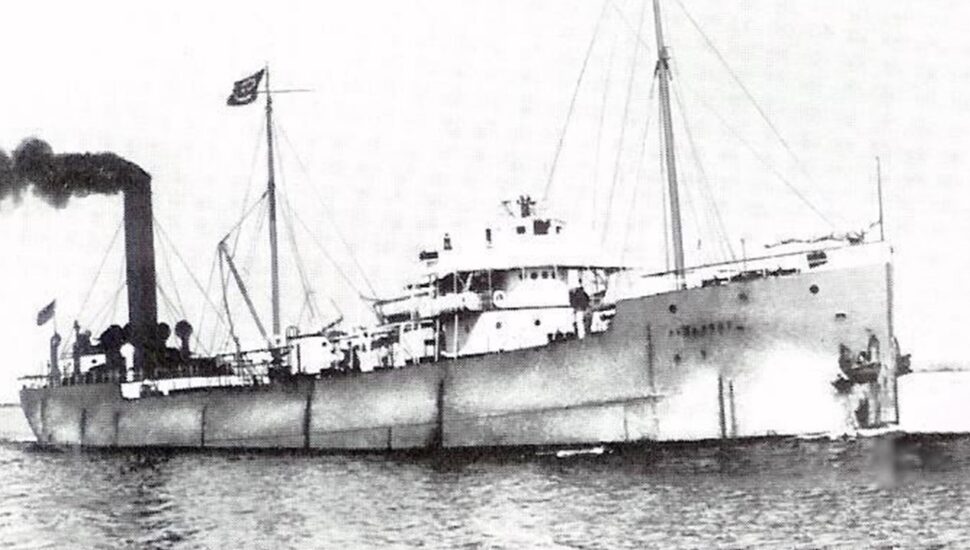 Image via Energy Transfer.
The S.S. Paraguay, above, delivered the first shipment of 19,231 barrels of crude oil from Spindletop, Texas, to the Marcus Hook Refinery on March 21, 1902.

On March 21, 1902, the first shipment of crude oil was delivered by the S.S. Paraguay to the Marcus Hook Refinery from Texas’s Spindletop oil field.

A lot has changed in the last 120 years. The Marcus Hook Terminal is no longer a refinery for breaking down petroleum (crude oil) into lubricating oils, kerosene, or transportation fuels like gasoline and diesel. Instead, the facility has been redeveloped into a world-class industrial complex, where Energy Transfer processes, stores and distributes natural gas liquids (NGLs) including propane, ethane, and butane.

NGLs are a critical feedstock used to produce many of the items we rely on every day, from clothing to electronic devices — in addition to other uses including home heating and cooking and as additives in fuel.

Initially, Sun Oil Co. built the Marcus Hook Refinery in conjunction with the Nederland Terminal in east Texas, which is still used today to deliver crude oil, NGLs, and other petroleum products via pipeline, barge, and ship.

The Pew family, who founded Sun Oil Co. and had large holdings in Texas, built the Marcus Hook facility to help absorb the abundant crude oil that had emerged at the turn of the century in east Texas, which did not have sufficient refining capacity nor demand for fuel. The then-82-acre Marcus Hook property provided solutions for both.

While the Marcus Hook Refinery initially processed lubricating oils and kerosene, over time this shifted largely to transportation fuels, thanks to French mechanical engineer Eugene Houdry and his development of the catalytic cracker process in the 1930s.

Following the launch of catalytic cracking in 1937, Sun Oil Co. employees made an impact at Marcus Hook by processing more jet fuel for the Allies during World War II than any other facility. The refinery’s location on the Delaware River provided Sun Oil Co. with port access, and tankers delivered 1 million barrels of light sweet crude oil from Newfoundland, the North Sea, West Africa, and South and Central America. The product was then transported through aboveground pipes to various tanks for storage. From storage, it was boiled for separation into propane, jet fuel, kerosene, and gasoline — plus distillates such as home heating oil, diesel, and heavy oil such as ship bunker fuel.

As an operating refinery at its height under Sunoco Inc., the refinery processed 175,000 barrels of crude oil per day. The refinery was idled in 2011 and was acquired in 2012 by Sunoco Logistics, which soon after merged with Energy Transfer in April 2017.

Energy Transfer’s Marcus Hook facility continues to evolve and grow based on changing products and demand, and it will continue to do so into the future. Today, the property has grown to about 800 acres — nearly 10 times its original size 120 years ago. We can celebrate the shipment of oil from Texas that started it all.

‘Proud to Be a Consistent Thread’ in Lower Chichester, Energy Transfer Grants $20K to Police for Body Cameras