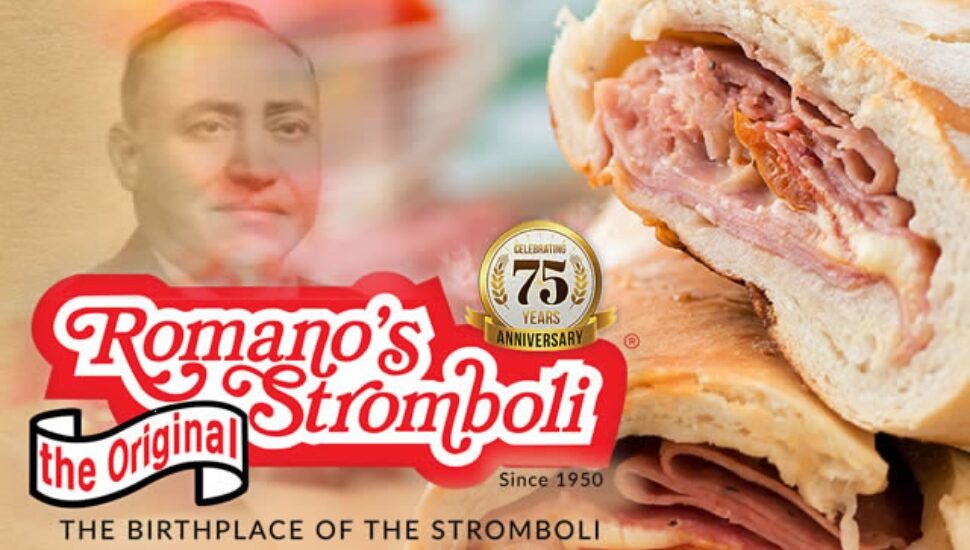 Peter Reinhart is a Philly native and self-proclaimed “pizza freak” who gives a nod to the Stromboli Delco origin, writes Diane Peterson for The Press Democrat.

Reinhart, who also happens to teach bread baking at the Johnson & Wales University in Charlotte, North Carolina, wrote his first pizza-related cookbook, “American Pie” in 2003, exploring a wide range of the doughy slabs, from round and baked in a wood-fired oven, to square and baked in a deep pan, or rolled into a Stromboli,

His new cookbook, “Pizza Quest: My Never-Ending Search for the Perfect Pizza” introduces readers to 30 pizza luminaries who share their signature recipes in the book.

“My job was to create a tribute version of a masterpiece,” Reinhart said. “I told the contributors, ‘You guys are like the Beatles of pizza, and I’m the Beatles cover band at the Marriott playing your greatest hits.”

The book acknowledges Essington as the origin community for the Stromboli.

This rolled-up spiral pizza bread got its start in 1950, at Romano’s Pizzeria and Italian Restaurant, an invention of Nazzereno Romano.

The book includes a recipe to make your own Stromboli and lists where the best Strombolis can be found.

Here’s a video highlighting Romano’s as the birthplace of the Stromboli.

Another Delco Invention--the Stromboli, First Made in Essington by an Italian Immigrant

Chiaro’s Pizza, Sellersville, Is as Red-Faced Embarrassed as Its Sauce Over Nude Image in Print Ad