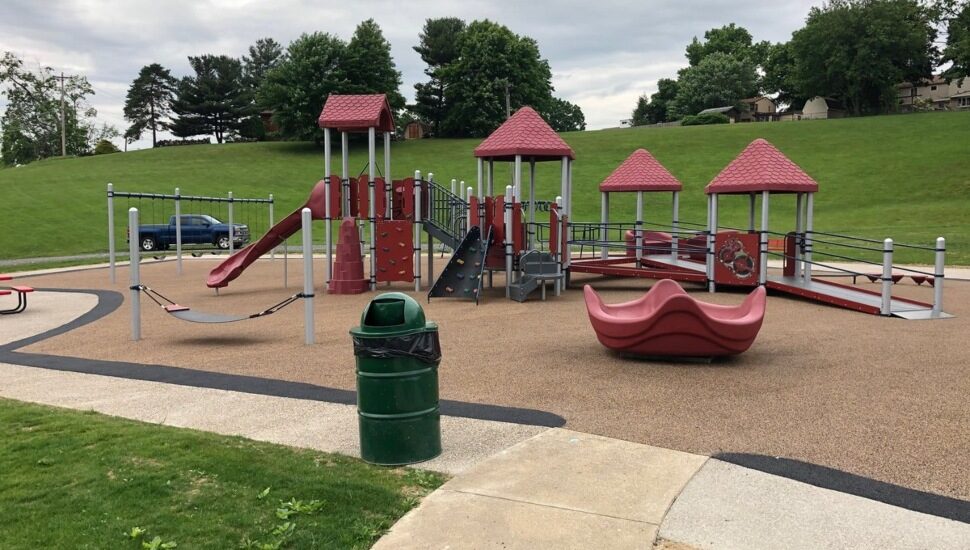 A collaboration between Newtown Square’s General Recreation experts and township officials outside Pittsburgh helped make an inclusive playground a reality at Clever Park in Robinson Township.

The partnership was part of General Recreation’s mission to support local businesses and enhance recreational accessibility for the community.

Robinson Township had completed a parks assessment with a recommendation to replace Clever Park’s 25-year-old wooden structures to prevent potential entrapment and other injuries.

Using a Pennsylvania Department of Conservation and Natural Resources grant, Robinson Township Manager Frank Piccolino and his team worked with General Recreation’s playground consultant Curtis Bischof, who had lived in the township for many years.

The manager was happy that General Recreation was able to offer a “local guy” to help them with the new Clever Park ADA-accessible playground.

“I’d be driving by and see playgrounds our community could aspire to. When the time was right, I did my recon to figure out whose work it was. That was the reference check for me,” Piccolino explained.

The new ADA accessible project required play space for children of different ages. It also had to have inclusive play components and an accessible surface so children and parents could physically get to the playground structures.

The park plan initially included a rebuilt and refreshed mulch base, but Curtis offered an alternative poured-in-place rubber surfacing.  That was the surface the manager ultimately went with as a “long-term investment with less maintenance and more accessibility.”

The final design had ground-level access ramps, sensory panels and a variety of swings, including two ADA-accessible ones.

It also featured the first wheelchair-accessible and inclusive glider. The SwayFun Glider has room for up to two wheelchairs.   Kids of all abilities work together, shifting their weight to sway the glider back and forth.

General Recreation completed installation of the new play area in August 2020, with a soft community opening in September.

“Everything is awesome and the kids love it,” Piccolino said. “We also didn’t realize how much space we had to work with. The new design really opened up the site. It’s exciting. We’ll be able to expand even more in the future.”

He and his team also enjoyed working with Curtis, described as “down to earth and patient.”

“We appreciated all the adjustments and attention to details, keeping us in the loop throughout the design and install process,” Piccolino said. “We’d love to work with Gen Rec again and are envisioning future projects.”

Since 1973, General Recreation Inc. has been a leading distributor of commercial playground equipment in Pennsylvania, New Jersey and Delaware.   They have helped hundreds of community leaders, schools and organizations build playgrounds that are safe, aesthetically pleasing and made to last.

Find out more about General Recreation Inc. and how you can team with them to incorporate ADA-accessible play components and inclusive play areas into your community.