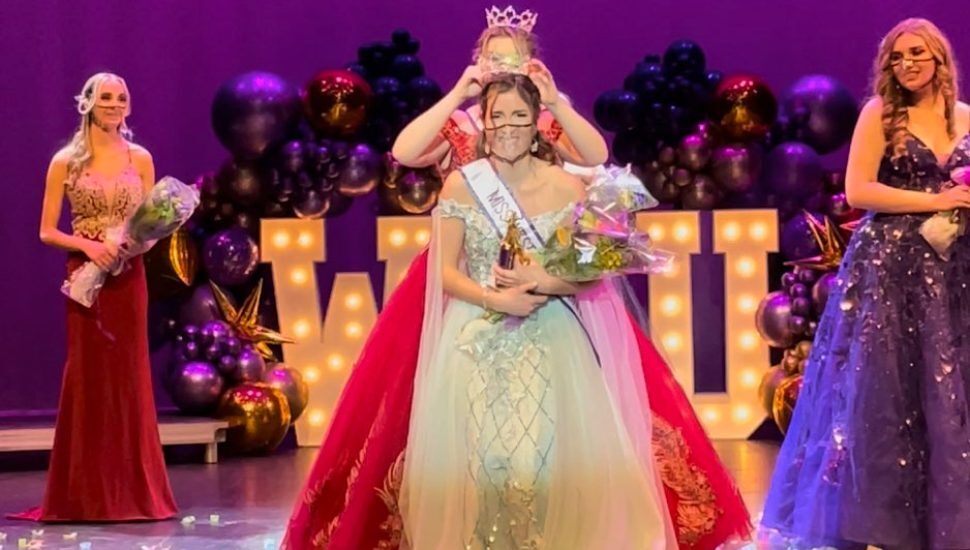 Allison Short, Miss WCU 2020, completed her final duty as she crowned Stinson, a freshman from Lancaster, as the 23rd titleholder.

Stinson is prepared to spend the upcoming year sharing her platform, Inspire Through the Arts: Music and Arts Education, with the community.

“I am incredibly honored to be the new Miss WCU 2022,” said Stinson. “As Miss WCU, I plan to promote my platform through collaboration with campus and community performing arts groups, as well as serving as a representative of a university I love so much. I want to be known as a personable and approachable Miss WCU who exemplifies kindness and passion for her university and the arts.”

Miss WCU was coordinated this year by past recipients and was sponsored by the university’s Residence Life and Housing Services. During the competition, nine women currently studying at WCU competed for $3,000-plus in scholarships through an inclusive contest that gave awards based on interviews, platform development, leadership, academic achievement, and service to the community. Contestants participated in a pre-interview with judges, and on stage, competed in such categories as talent, casual wear, evening gown, as well as an on-stage interview. In addition to the categories, judges also considered each contestant’s ability to represent West Chester University during the upcoming year.

U.S. News: WCU’s Online MBA Among the Best in America

WCU Prof Testifies During Redistricting Trial: ‘This Is a Gerrymandered Map’