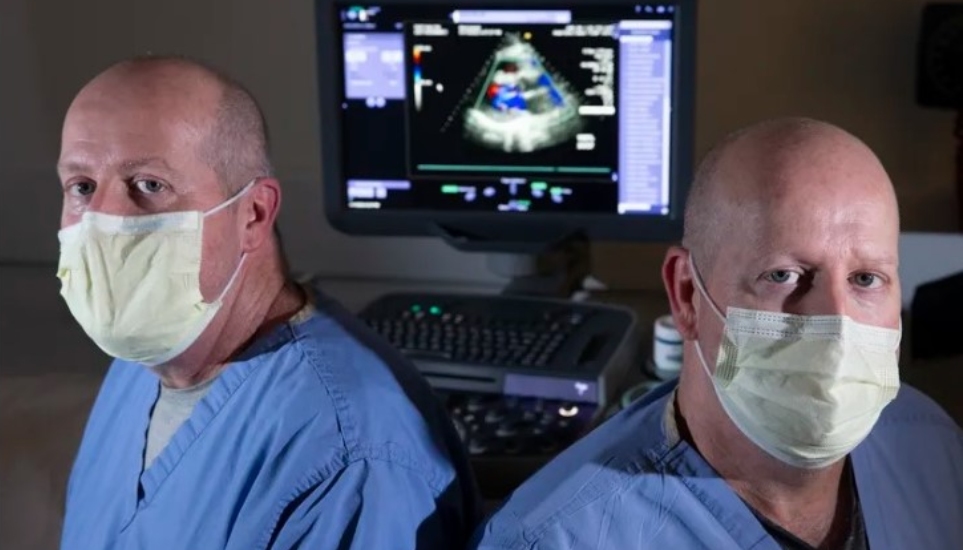 Bob and Tom McKee, born and raised in Highland Park, are identical twins and for the past 10 years have worked as cardiovascular ultrasound technologists at Penn Medicine.

“There are so many stories of people mixing them up,” said J. Shawn Miles, a Penn cardiologist.

One brother will administer one test, but when the patient gets to a second room, the other brother is there.

“They do a double-take,” Miles said. “‘But I just left the room. You were in the other room.’”

“We love kidding with the patients, and I think the patients enjoy that. Keep it light,” Bob McKee says.

The 55-year-old twins are Monsignor Bonner High School graduates who played the same sports—football, basketball, and street hockey. They both pitched for baseball teams in Upper Darby.

These days, Tom lives in Broomall, Bob in Newtown Square, but they remain close buddies.

“Me and him have been best friends for life. As you get older, as we all get older, you realize how special that is,” Bob said.

Read more at The Philadelphia Inquirer about Bob and Tom McKee.

Broomall Twins Were Raised on Curling. Now They're Champions