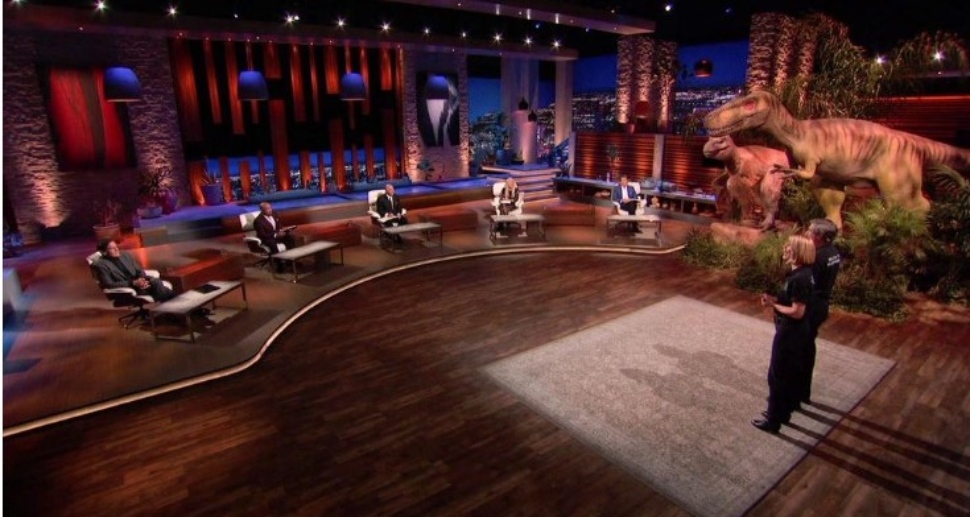 Image via ABC.
Don Lessem and Valerie Jones with Dino Don make their pitch to celebrity investors on Shark Tank.

Don Lessem founded Dino Don in 2019 and has created about 230 robotic dinosaurs so far.

He only convinced one investor on the show, entrepreneur and Dallas Mavericks owner Mark Cuban, to back his company’s proposed business model, but it gave him the infusion of funds he needed.

Lessem used the money to create a touring exhibition of 50 full-sized dinosaurs, which kicks off this February in Florida.

Lessem plans to rent out the dinosaurs to zoos and museums while traveling around the country with the dino exhibit.

He estimated he could bring in $3 million in annual revenue.

Since appearing on the show, Dino Don’s gross revenue has doubled to$4 million, Lessem said.

He’s hoping the dino tour will generate $10 million in 2022. Dino Don has also done filming for a documentary series, “The Dinosaur Factory,” scheduled to air as soon as the fall of 2022.

Read more at Philadelphia Business Journal about Dino Don and his follow-up success after Shark Tank.