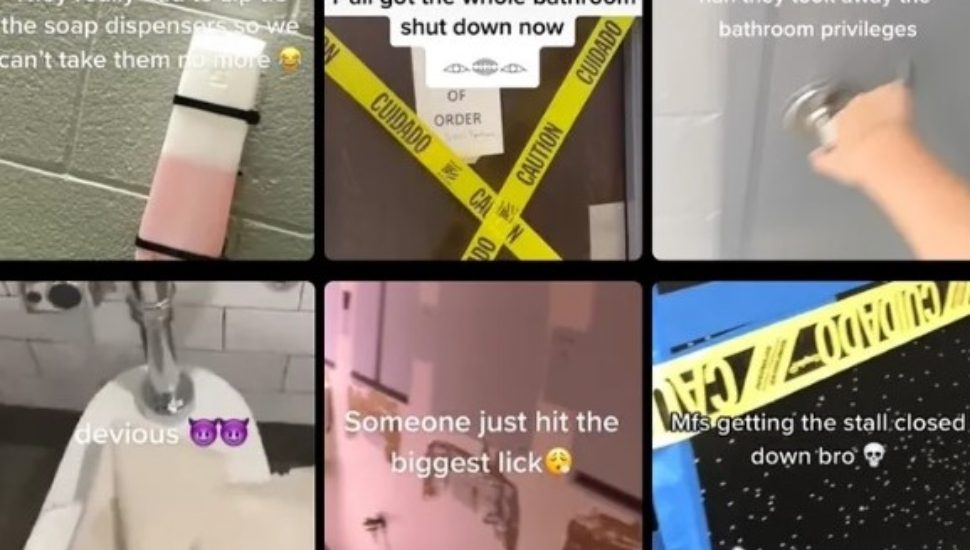 School districts like Ridley and Upper Darby are facing a new problem in social media — TikTok challenges, writes Maddie Hanna and Kristen A. Graham for The Philadelphia Inquirer.

Ridley was hit with multiple incidents of toilets being clogged with paper towels.

“That’s when we started to find out that there’s this little challenge going on,” said Ridley School Superintendent Lee Ann Wentzel.

TikTok says it has taken down the videos but new ones replace them.

Some districts have alerted parents, warning that criminal charges could follow.

“There’s not a day that goes by in any one of our schools, where we’re not investigating some element of social media and the impact it’s having,” McGarry said.

He’s concerned about students using inappropriate behavior to get attention from classmates.

“The peer pressure is ‘If I can get a reaction from friends, if they think I’m funny,’ ” he said. “That’s what this has become, and there are no real guardrails for it.”

Read more at The Philadelphia Inquirer about TikTok challenges.

TikTok Is No Longer Just Silly Videos. Teens Are Using It to Talk About Mental Health, More

All-Girl Doylestown Band Praises 7-Eleven Nachos in Song, Which the Convenience Store HQ Then Takes to the Next Level