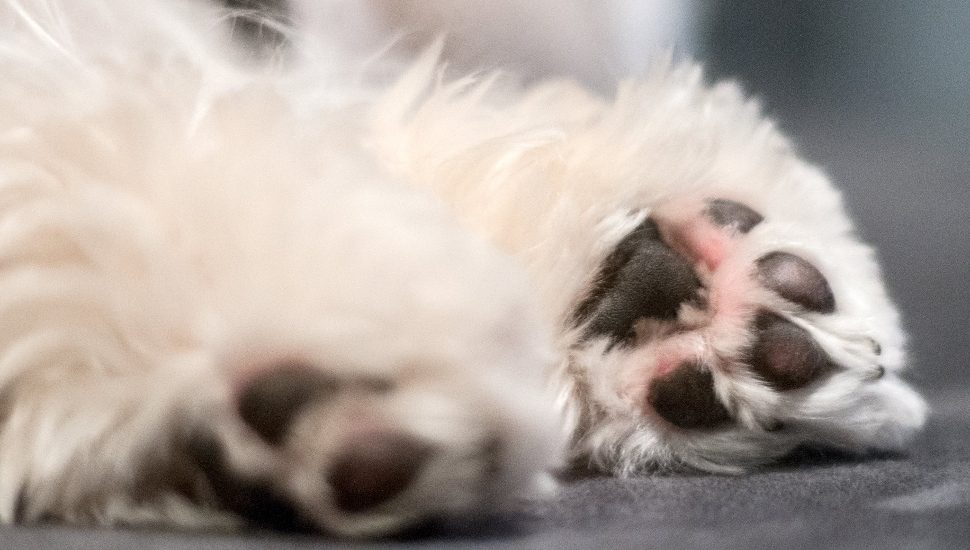 Image via Scott Eckert at Creative Commons.
Despite social media rumors, researchers have found no evidence that stepping on a spotted lanternfly endangers a pet's paws.

While social media search results for ‘spotted lanternflies toxic to pets’ may indicate otherwise, experts say there is no evidence supporting the claim. They continue to research the issue but are eager to calm concerned animal owners and lovers. McKenzie Sadeghi clarified the topic for USA Today.

A September 17 Instagram post — which got over 3,000 likes in under a week — claims that if stepped on by pets, spotted lanternflies “can cause a dog’s pads to blister.”

But according to Amy Korman, horticulture educator for Penn State Extension, no evidence has been found so far that points to the invasive pest being dangerous to pets or humans.

Pennsylvania’s Department of Agriculture said that the insect is not known to bite or attack people or pets.

Meanwhile, the Cornell Cooperative Extension said there is no evidence that spotted lanternflies cause paw blisters in pets.

Both organizations, however, suggest caution if a pet happens to eat a spotted lanternfly. Cornell cited reports from veterinarians about seizures, upset stomachs, drooling, and loss of appetite in pets that have ingested the pest. The PA Dept. of Agriculture is still researching the issue.

Read more about the spotted lanternflies toxic to pets issue in USA Today.

Spotted Lanternfly Quarantines, Like the Pesky Bugs Themselves, Continue to Spread Across Pennsylvania