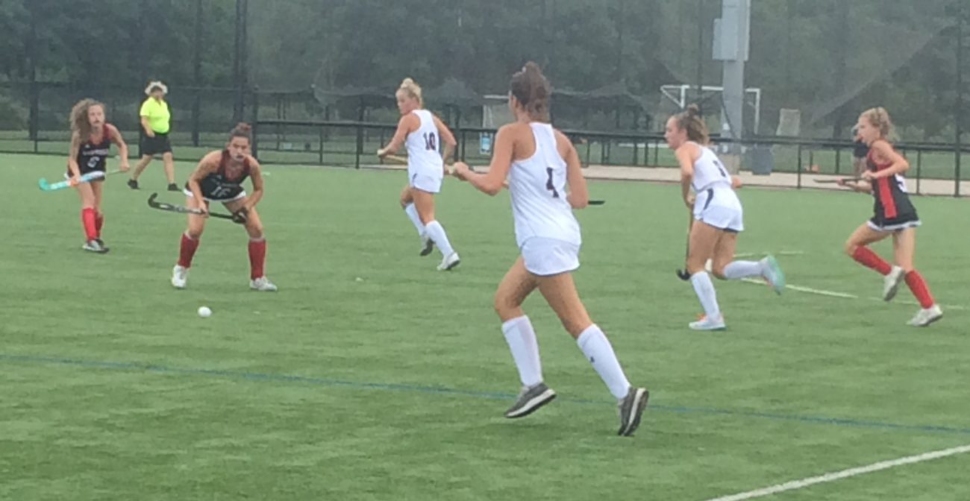 The age-old rivalry between the Archbishop Carroll Patriots and the Cardinal O’Hara Lions was still there, but for the two teams cut off from field hockey for 18 months in the pandemic, it was good just to be playing again, writes Dan McCarty for Catholic Philly.

The Patriots hosted the Lions Sept. 22 at the Proving Grounds in Conshohocken.

The last time the two teams met was in the 2019 field hockey championships when Cardinal O’Hara won. This time, it was the Patriots that edged out the Lions in a 2-1 game.

“We’re so happy we’re back competing,” said O’Hara head coach Jenna Spaeder. “It’s exciting. My seniors are ready to go. I have a lot of them. We’re hoping to keep it going.”

The Lions were off to a solid start scoring the first goal.

But the Patriots managed to tie it up, then pull ahead by one goal.

“We’re just taking it one game at a time,” said Spaeder. “We’re learning from each game that we’ve had. We’re just going to keep going up from here.”

Read more at Catholic Philly about two rivals happy to be out on the field again.