In the Garden with Andrew: The Living Fence 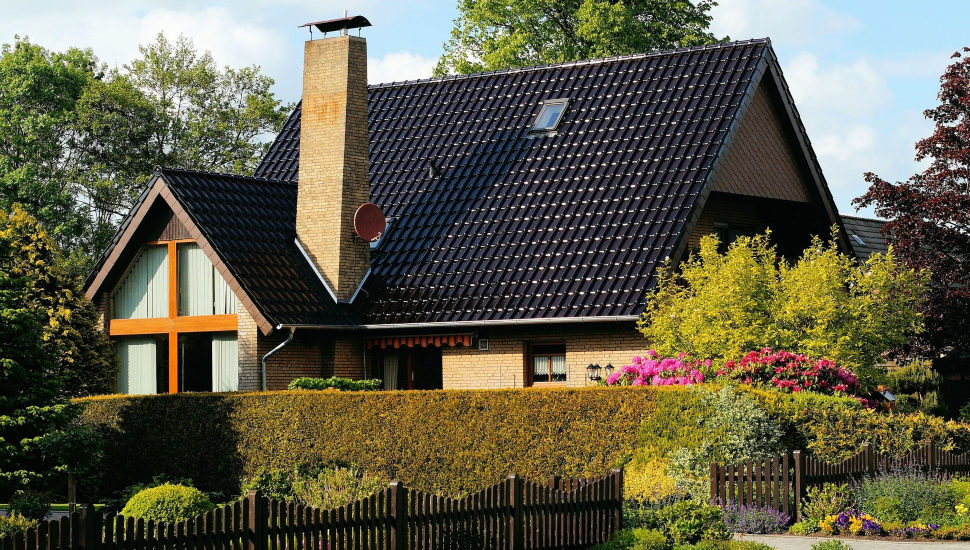 For privacy at home or in the garden, I have always found that one of the most effective ways to accomplish this is by using living plants as formal or informal hedges, or simply by adding mixed plantings that can provide great privacy for both you and your neighbors.

In my home garden in Swarthmore one of the most effective screening plants is an arborvitae relative, Thjua ‘Green Giant’.  This arborvitae differs from most of its relatives in that it has a strong central leader (trunk), therefore it is immune to splaying open after heavy wet snows which many of the other selections are very prone to.

This recipient of the Pennsylvania Horticultural Society Gold Medal has many other outstanding attributes. It is relatively narrow in its spread and would be described as upright and pyramidal. It has dark green and evergreen foliage making it a great screening plant year-round. It grows very quickly, up to three to four feet a year, and unlike many other arborvitaes, it is relatively deer resistant.

At home, I have used it in many different ways. On a side of my property where both my neighbors and I are close to the property line, I maintain a tall hedge of about twenty feet. Using a pole saw and pole pruner I am able to stay on top of most of the maintenance and prune it every other year. On the corner of Swarthmore and Dartmouth avenues in Swarthmore, there is a fantastic planting set in from those two streets about 15-20 feet and this planting is not pruned. Because that corner is very busy the owners wanted protection and to enclose their side yard. Planting Thuja ‘Green Giant’ was a perfect solution. In my vegetable garden, I wanted to enclose the site but did not want a high hedge because it would shade the garden. About 10 years ago I planted ‘Green Giant’ as a relatively small plant on centers of five feet. Today, it is a solid hedge of seven feet tall which gets pruned every August into a tightly clipped “boxed” hedge.

Down the street is a coniferous hedge between two properties that were probably planted 15 years ago. Cryptomeria japonica ‘Yoshino’, Japanese red-cedar is another evergreen with pyramidal habit. It has more of a billowing texture than ‘Green Giant’, but too has a strong central stem; exhibits reasonable deer resistance and is adaptable growing in sun or shade and because of its touted attributes also received the Gold Medal. The branching can be allowed to go to the ground to create an impenetrable hedge, or another approach I have taken in my garden with some individual trees is to limb up the lower branches over time.

For areas where I might not need a tall conifer, I employ a myriad of broadleaved evergreens that help with a host of screening needs. A condition that many have in urban and suburban gardens in dry shade. Dry shade often occurs as the base of both mature deciduous trees or in my case a row of tall Norway spruces, Picea abies that have been limbed up to about 20 feet. It can literally rain an inch and the soil is still powder dry at the base. Fortunately, there are a handful of broadleaved evergreens that can thrive in these conditions and provide excellent screening.

I love the various false hollies, Osmanthus. While they, in fact, look for all intents and purposes like a holly they are actually more closely related to the olive, lilac, and ashes. Osmanthus heterophyllus ‘Gulftide’ is a “tough as nails” evergreen shrub with spiny holly-like leaves that grows in shady dry areas with any upright habit reaching 10-15 feet tall. In the fall, it is covered with many tiny white and very fragrant flowers. ‘Goshiki’ has green and yellow variegated foliage which is great for the winter effect. ‘Rotundifolius’ has more of a rounded leaf and for the ultimate in fierce spines, ‘Sasaba’ could protect a fortress. I mostly use these in their natural form, but they all can be “shaped up” with some judicious pruning.

For decades the “go-to” hedging planting was the private hedge which is still fairly popular. This deciduous hedge does have some shortcomings that need to be considered in that to keep it well-groomed it needs to be pruned many times during the growing season.  And, environmentally, the privet, Ligustrum has become a serious invasive exotic in our natural areas to the point where it chokes out desirable native shrubs.

This article first appeared in The Swarthmorean. Andrew Bunting is the Vice President of Public Horticulture for the Pennsylvania Horticultural Society (PHSOnline.org) which uses horticulture to advance the health and well-being of the Greater Philadelphia region. Andrew has decades of horticultural experience, ranging from his tenures at public gardens in the U. S. and abroad, as well as a published author, gardening expert, and sought-after presenter.

Visit PHSonline.org to learn more about PHS or to become a member and support greening initiatives in over 250 neighborhoods.

Spotted Lanternfly Quarantines, Like the Pesky Bugs Themselves, Continue to Spread Across Pennsylvania