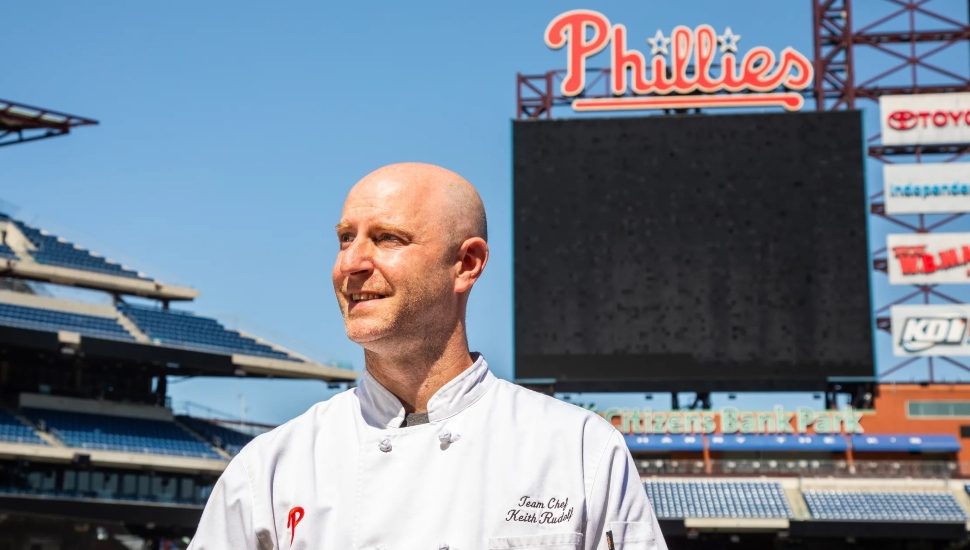 When considering baseball stadium food, the timeworn song evokes “peanuts and Cracker Jack.” That may suffice for fans, but players need more substance. Allie Conti, of Philly Eater, connected with the story of Keith Rudolf, a Havertown chef who fills that void for — and the stomachs of — the Philadelphia Phillies.

The addition of team chefs to MLB staff rosters came in 2017 as a negotiated part of player contracts. When chef Rudolf of Richboro heard that the Phils were hiring for the slot, he applied and was brought aboard.

“When I first started, there were a lot of older [players] who didn’t care about nutrition,” Rudolf said. “It was a little awkward at first. I made a lot of grilled ham and cheese sandwiches.”

Rudolf learned to meet his guys in the middle. That ultimately meant tucking granola next to the boxes of Cinnamon Toast Crunch in the team kitchen and making the dinners that were deceptively healthy rather than overtly so.

He tries to remain mindful that because the players are twentysomethings, menu concessions must be made.

He does, therefore, stock the Phillies’ pantry with Sour Patch Kids and Nerds.

In this Memorial Day video for Unite for Her at Home, Rudolf prepares a team favorite, Shrimp and Grits.

You Probably Won’t Get a Chance to Eat With the Phillies, But You Can Catch One of Their Games at a Local Pub. Get Your FREE Delco Guide to Brew Pubs and Wineries.