Former School Superintendent to Serve as Trustee at P.I.T. 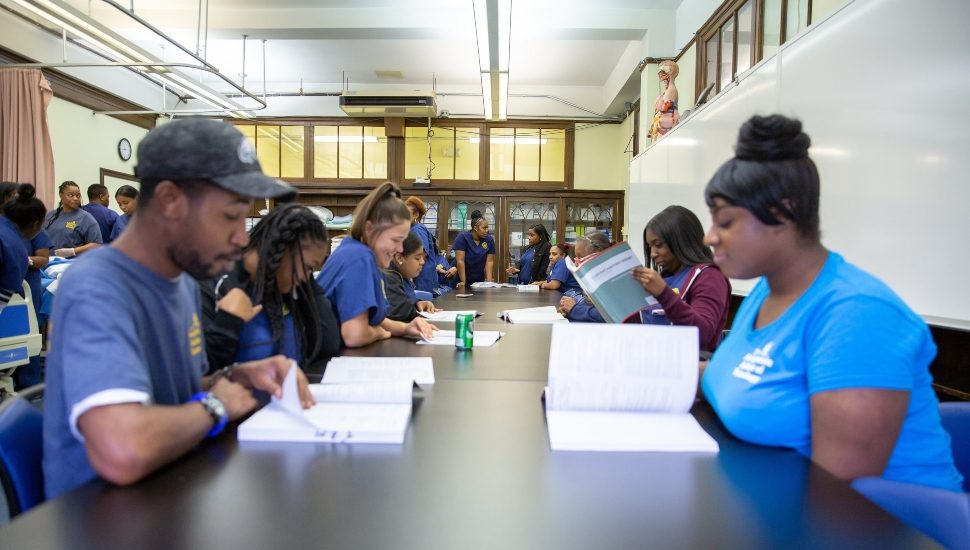 The Pennsylvania Institute of Technology (P.I.T.) in Media has named three new board members to its Board of Trustees in its ongoing mission to providing students the best education for career advancement and college transfer opportunities.

The first new trustee is Dr. Capolupo, formerly of Upper Darby, is the Founder and President of Capbridge Solutions, an executive coaching company.

He is a former Superintendent of the Springfield School District, serving for 10 years.

He has been a teacher and band director, assistant principal, and principal.

He became an associate dean at West Chester University In August 2015 for partnerships and professional development at the College of Education.

He was CEO of Lindley Academy in Philadelphia. He was also president of the Charter School of Wilmington.

He is currently working at Villanova University and serving as an Executive Coach for School Districts, School Boards, and Administrators.

Dr. Capolupo has a B.S. in Music Education and an M.A. in Education. He holds a Certificate of Advanced Study in Education, a D.M.A. in Music, and has done post-doctoral work in Educational Leadership at the University of Pennsylvania and Harvard University.

He also received an Honorary D.H.L. from Cabrini College, where he was recently a commencement speaker for the Graduate Division.

Dr. Capolupo was membership chairman on the Board of Governors of the Pennsylvania Association of School Administrators, and served on the Professional Development Committee and the Resolutions Committee.

Dr. Capolupo was elected to be Chairman of the Board for the National Association of School Superintendents.

He has led various workshops and presentations at several universities and conferences.

Dr. Capolupo served on a national panel at the White House on Substance Abuse and Academic Success.

He also served on a Task Force at the United States Department of Education in Washington D.C. on Technology.

He has presented at the U.S. Department of Education in Washington on three occasions.

He is co-author of the 2015 book, “Behind the Curtain: Tackling the Myths and Mysteries of School Management”.

In his spare time, Dr. Capolupo has been a judge at the Miss America Parade and the Philadelphia Mummers Parade.

He is a judge for the Cavalcade of Bands and has judged more than 1,000 high school marching band and jazz contests.

He has been inducted into the Cavalcade of Bands Hall of Fame.

He is also the Head Director for the American Music Abroad Bronze Tour, where he has lead thousands of music students on a summer concert tour of Europe.

Dr. Capolupo recently completed a two-year term on the Philadelphia Eagles (N.F.L.) STH Board of Advisors.

1. !00% of every student who started in his district in kindergarten and stayed through fourth grade, read on grade level

2. 100% of all students graduated from high school.

3. 100% of every high school graduate was accepted to post-secondary education.

His professional specialties include:

Mr. Jacovni  is a Certified Public Accountant and currently serves on several non-profit Board of Director/Trustee committees.

The third trustee is Mary Kay Burke, now retired, served as CEO at White Horse Village in Newtown Square from February 2002 to March 2018.

Ms. Burke earned her master’s degree in healthcare administration.  She holds a nursing home administrator (N.H.A.) license and has worked for over 25 years in the healthcare field.

Her professional experience includes senior administration in hospitals and consulting for health systems.

Ms. Burke was an evaluator for 20 years for CARF, the national accrediting commission for retirement communities, and related healthcare providers.

She has also served as an expert witness in healthcare-related legal procedures.

She is a frequent presenter at statewide, national and international industry conferences.

She  has two grown daughters, both in the healthcare field; one a pediatrician and a healthcare consultant for the United States military services.

Find out more about the Pennsylvania Institute of Technology (P.I.T.)

P.I.T. is hosting an information session Sept. 15 on its nursing program.

Take a campus tour of P.I.T.