Philadelphia Soft Pretzels Have Been a Local Favorite for Centuries 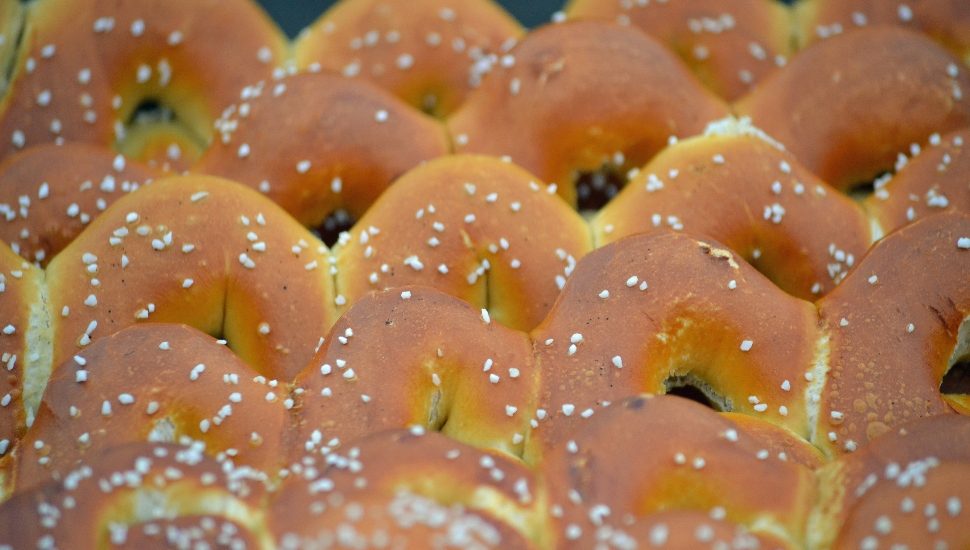 Philadelphia and its suburbs — including Delaware County — love their soft pretzels. We’re so devoted to them that we eat more than 12 times more of them than any other area in the nation.

And we bake more than 80 percent of the U.S. supply. We are, indeed, the U.S. pretzel capital. Sandy Hingston rose to the occasion to write about our pretzel passion for Philadelphia Magazine.

Pretzels arrived to the Philadelphia region with its first settlers, when they held religious significance. The twisty shape reminded early Christians of arms folded in prayer. Even the English word pretzel has a Latin origin, bracelle, meaning “little arms.”

But they truly expanded in popularity during the 19th Century. As early as the 1820s, they were being sold by street vendors. The first pretzel factory in the country opened in Lititz, Lancaster County, in 1861. Pretzel-twisting then became the second-highest-paying job in the city (only tobacco workers earned more).

More factories followed, including the still-standing Center City Pretzel and Philadelphia Soft Pretzels, which even saw its pretzels make their way into outer space on the Columbia space shuttle.

With the arrival of the Reading Pretzel Machine in 1947, the snack food quickly spread across the country. The recipe and its baking techniques changed the consistency of the pretzel; the harder version shipped better.

But the softer version came back into favor four decades later. Anne Beiler, better known as Auntie Anne, introduced her version of a soft pretzel at a Downingtown stand.

Today, there are over 1,500 Auntie Anne franchises.

You’ve Got the Pretzels, Now You Just Need Some Beer to Go With It. Get Your FREE Delco Brew Pub and Winery Guide.