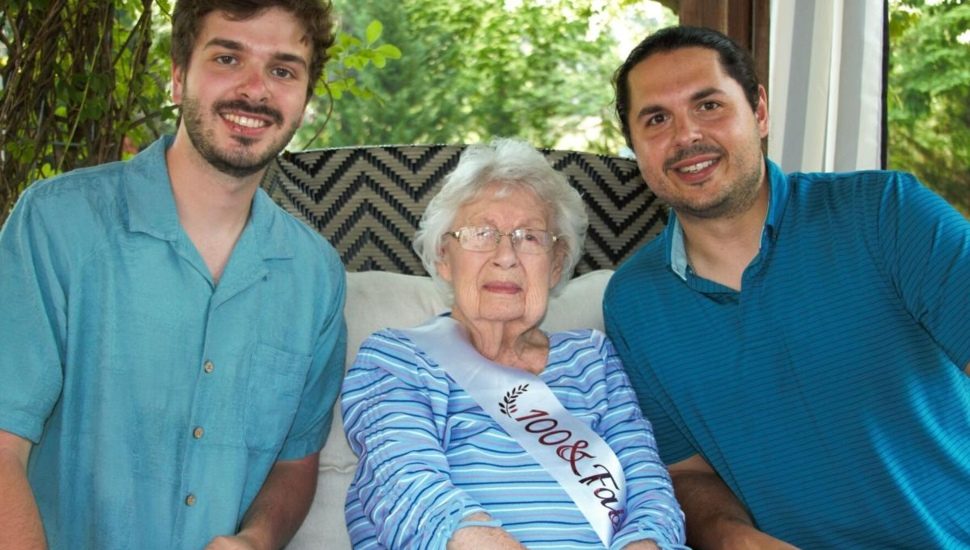 Dolores Henrietta Reigle, born June 25, 1921, grew up in Pittsburgh, but spent time in Russia in the 1930s where her father found work as a structural engineer.

They returned to the U.S., to Pottsville, PA, where she met her future husband, Bryce Reigle.

Dolores had a life-long career as an architect, earning a Bachelor of Architecture degree in 1945 from Carnegie Tech, now Carnegie Mellon.

“She was a trailblazer, being the only female in her class to graduate from the School of Architecture,” said daughter Patrice.

Dolores designed and built the F4U1 fighter aircraft for the Navy and Marines, then gas stations for Socony-Vacuum Oil Co., now Mobil Oil.

Dolores and Bryce bought their Aston home in 1955 and had two daughters.  She lost him to cancer.

She has lived in that Aston home or 68 years.

Read more at the Daily Times about Dolores Reigle and her trailblazing life at 100.

Going Behind the Scenes at Villanova University's Campus-Changing Building Project