U.S. Secretary of Education Miguel Cardona Visits Beverly Hills Middle School in Push to Get Students Back in Class 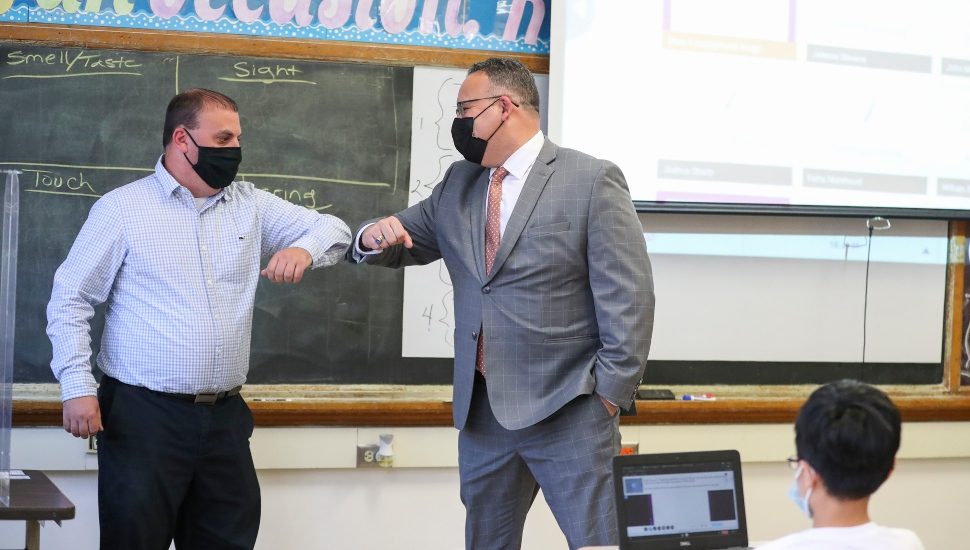 Beverly Hills Middle School in Upper Darby had a visit on April 6 from U.S. Secretary of Education Miguel Cardona to promote the Biden administration’s “Help Is Here” campaign to reopen schools safely during the pandemic, writes Kristen A. Graham and Maddie Hannaports for the Philadelphia Inquirer.

“We need to offer students in-person learning options as quickly as possible, as safely as possible, so they can get back to the business of being students engaging with one another,” Cardona said.

He visited classrooms that had only a few students.

At a round table discussion with Cardona, Sophomore Khalid Doulat said he finds it hard to talk to people in person now.