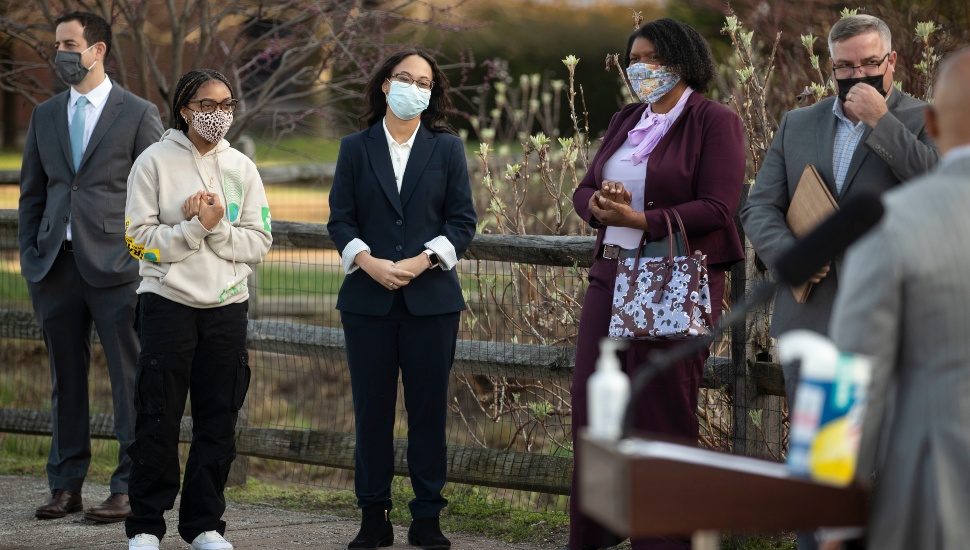 A Penn Wood High School student highlighted the differences between William Penn School District and other districts to show the inequity in education in Pennsylvania, writes Kristen A. Graham for The Philadelphia Inquirer.

She was part of a recent news conference of educators, students and politicians at an King High School in Germantown. The group was demanding better education for Pennsylvania’s students.

She remembered sitting in class one day when a water pipe burst over her head.

“You could feel the difference, and you can’t help but ask, ‘Why not us?’” Stewart asked.

Those at the conference were asking the state legislature to provide $1.3 billion in new education funding in schools throughout Pennsylvania.

Read more at The Philadelphia Inquirer about education inequities in Pennsylvania.

CommercePennsylvania Shortchanged Public Schools By About $4.6 Billion in Funding in 2018-19, Report StatesNovember 17, 2020