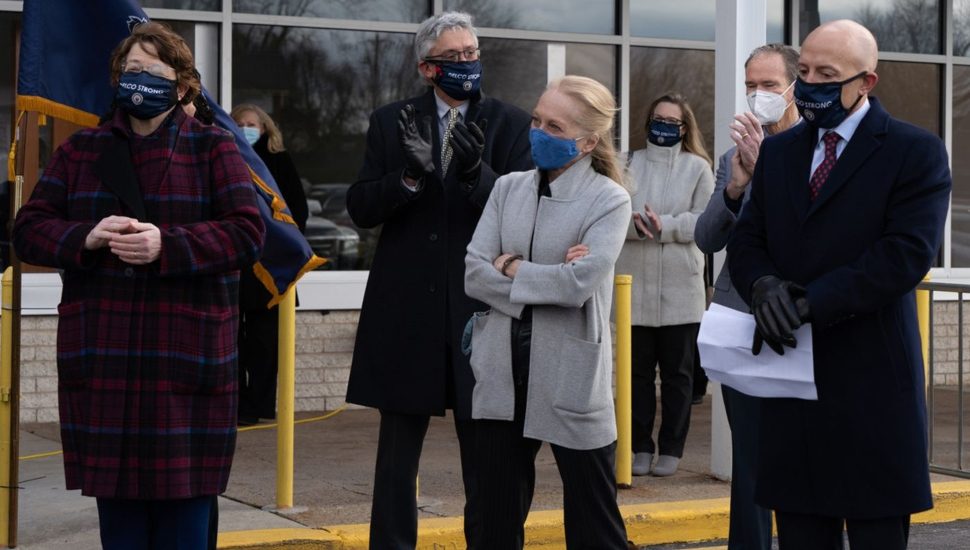 Image via Jessica Griffin, The Philadelphia Inquirer.
U.S. Rep. Mary Gay Scanlon was on hand for the opening of Delaware County's vaccination and public health center in Yeadon.

Delaware County will immediately get an increase in vaccine doses so that it’s receiving the same amount on average that’s going out to the rest of the state, writes Maria Panaritis for The Philadelphia Inquirer.

State officials Monday admitted to members of Congress they made a mistake in the distribution of the vaccines, leading to major shortages in Delaware County.

“This was the first time that the state admitted that there was an issue here,” Taylor told Panaritis Monday night. “That’s promising. We’ll take them at their word and hope for the best and continue to push on it.”

Delaware County has more than 500,000 residents, yet ranks 53rd in the state out of 66 counties in doses received.

Read more at The Philadelphia Inquirer about plans to fix the vaccine shortage.